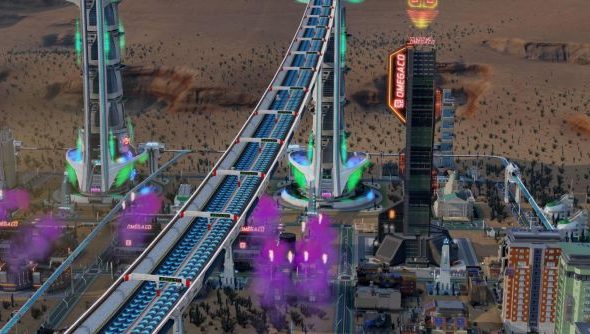 I’ve come direct from our man on the wire, who seemed to spout excitable gobbledegook for the longest time. Simplicity? Awfully mauve? Only when we had him repeat each syllable as a standalone bellow did we learn the unlikeliest of truths: that the famously online SimCity is getting an offline mode.

Maxis’ Emeryville studio is in the later sages of wrapping up development on the new Single Player Mode, which will reach players in update 10. Before then, it’ll be tested by a volunteer group of dedicated players – the DevTesters.

Saved games in the new mode will be stored locally – which means there’ll no reason to touch base with EA’s servers, even for a second.

The online game will continue on as it was – with leaderboards, global market and region play intact. That’s where previous save games will stay – unfortunately, there doesn’t seem to be any means to convert existing saves for offline play.

“Bringing the game Offline means big things for our wonderful community of Modders,” wrote Emeryville studio manager Patrick Buechner. “They can now make modifications to the game and its components without compromising the integrity of the Online game. Modding is a big part of our studio’s legacy and we’re excited to see what you guys create.”

SimCity’s modding rules were announced over the weekend.

So, yes: all this with update 10 – and without any bizarre caveats we can spot from this distance. All previous downloads will be available at any time, without any need for an internet connection.

That’s worth double-checking – because at one time, Maxis manager Lucy Bradshaw suggested that an offline mode for SimCity would be technically unfeasible. In October, however,Buechner announced the existence of a team “specifically focused on exploring the possibility of an offline mode”.

And here we are. All credit to Maxis, who have ensured the game’s existence long beyond such time EA choose to turn off its servers. But are their efforts six months too late to snare you lot?