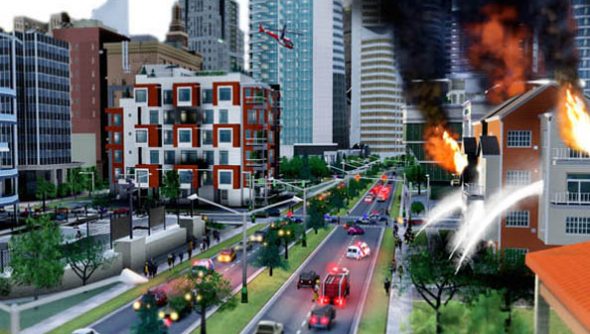 Ordinarily, and it’s possible you might have heard this mentioned in raised voices already, SimCity requires an online connection to run. What do you think might have been the first thing modders took their tinkering tools to?

Redditor AzzerUK had a play around with the game’s code, and managed to enable debug mode. While most of its features are out of bounds without a developer’s build, the modder did manage to remove the disconnect timer that rudely shunts players out of the game after 20 minutes without a connection.

If you’re looking to shout at Maxis for saying that SimCity was“multiplayer from the ground up” and therefore wouldn’t survive its removal from the matrix, then this is what you’re going to want to point to.

If you actually want to play the thing offline, however, you’ll find a game on life support. Self-evidently, AzzerUK’s mod doesn’t include any of SimCity’s vaunted regional trade or leaderboard features. Nor can it muster local saving or loading, which will require reconnection to the game’s servers.

Amusingly, it does allow you to extend your motorways beyond the usual ‘generous paddling pool’ city boundaries, and then keep them once back online. Take a look:

It seems to me we’re still on the wrong side of the “significant amount of engineering” Maxis have previously suggested a fully offline SimCity would require. Thankfully, the developers’ general manager said this week that SimCity’s servers will stay online “as long as there are people playing”.

What do you lot make of all this?