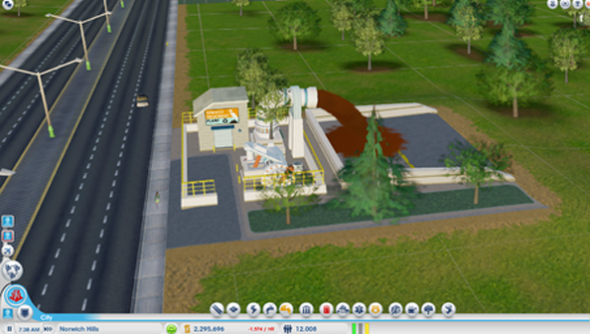 Just as EA and Maxis seemed ready to put launch issues to bed and march onwards with the development of their “MMO”, SimCity’s 2.0 patch has infused the game with a colourful array of shiny new bugs. Fans have taken to Reddit and official forums to decry the mess, which has left some cities literally overflowing with waste.

Human excrement is at the bottom (sorry) of one common issue encountered since yesterday’s patch. A concernedRedditor reported a “sewage OVERLOAD” in a town with a relatively tiny population of 4,000 that saw their outflow pipe “MAXED”. Another player beginning a new town with a similarly-sized bevy of civvies found their terminally incontinent Sims had already put 55 in the clinic.

Not all of the bugs are so ripe for comedy. Some SimCity players have found themselves stuck on loading screens when attempting to resume cities created before the patch – though they’ve had no problems in creating new ones. Others lucky enough to access their saves have discovered that buildings wouldn’t complete construction, instead becoming perpetual building sites.

Meanwhile, while players are celebrating the end of traffic issues caused by “clumping” fire trucks and endlessly looping transit vehicles, more dramatic pile-ups are occurring as the result of new problems. One poor mayor saw their streets turned gold yesterday with hundreds of bright yellow and totally inexplicable taxi cabs: 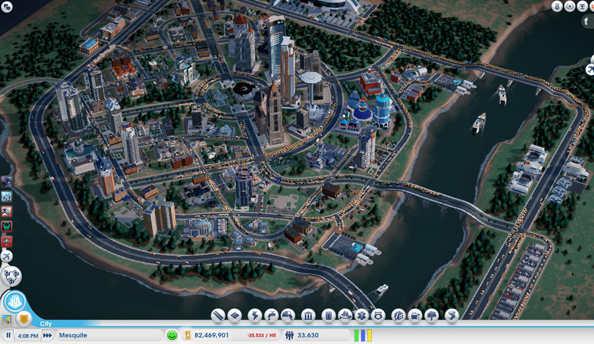 Elsewhere, users on the official forums are reporting pollution from outside their city’s borders when surrounded by the uninterrupted greenery of an empty Region:

The bugs really are too numerous to name – check the SimCity Subreddit and EA’s forums for a cross-section. We’ve contacted EA to find out whether Maxis are working on another update to fix these latest issues, and will update this post with any answer we receive.