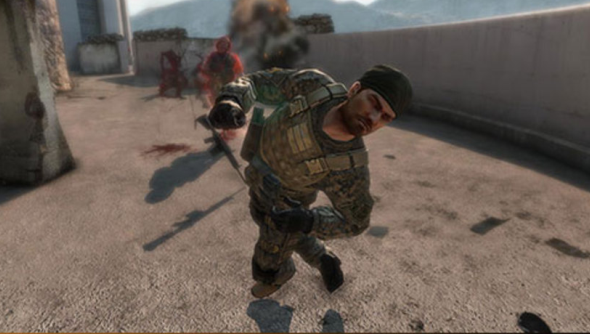 From the beginning Gameforge wanted their free-to-play shooter, S.K.I.L.L., to be an eSport. They wanted to attract teams of pro players, to foster talent within its own community, and to be streamed to thousands of viewers. And they’ve invested a lot of money to make it happen.

S.K.I.L.L. will soon support three separate levels of tournament play. The GO4S.K.I.L.L. series is open to anyone. It’s there Gameforge hope the new pro teams will emerge. The best GO4 players will be promoted into the Major League, where the prize money gets a bump. From there, if they’re really good then they can fight their way into the Pro Season, that’s where the real cash is: January’s final saw the winners walk away with €13.808,64.

The question is: can they make enough people care?

There are slight differences. There’s no buy phase at the start of the round, for instance. Instead players choose what they’re armed with at the start of a map and must use that until the map changes. But, the two games are largely identical except for one major difference: S.K.I.L.L. is a free-to-play shooter.

When Gameforge commissioned S.K.I.L.L. they had an eSports league “at the back of our minds,” game director Marcel Rudoletzky tells me. The publisher decided it wanted a free-to-play FPS and invited studios to pitch to them.

“We, of course, perceived what other FPS games are doing on the market.” he said. Counter-Strike: Global Offensive is the second most played game on Steam, and is frequently one of the most viewed games on Twitch, proving there’s still a want for an FPS eSport. “We can place S.K.I.L.L. there as well.”

Very quickly after S.K.I.L.L. launched in September, 2013 Gameforge began building the infrastructure for online leagues. “I remember when we first discussed eSports we could have had a big event with huge prize money but if nobody knew about the game it’d make no sense. It might be in the news for two weeks but a big event with a new game no one knows? We decided to start from the bottom and work our way up.

“We started that December with the Allstars Cup 2013. It wasn’t set up like this one,” Rudoletzky says. “It was a cup with in-game prizes. We had a tremendous response, lots of teams registered and we did this to see if there was a demand for eSports.

“We contacted the ESL (Electronics Sports League) and asked ‘How can we ramp this up?,” Rudoletzky recalls. “We introduced small steps – the GO4S.K.I.L.L. cups in February 2014 and they ran all through the year. Then we ran the Euro Series in summer, and, of course, the Allstars Cup we ran today.” 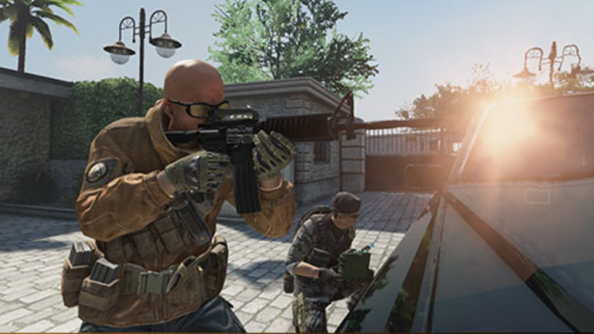 Rudoletzky says Gameforge wanted to make S.K.I.L.L. into an eSport because “there’s two types of players: those who play a couple of matches an evening and those who take it more seriously.” The more dedicated players want a goal to drive their player and Gameforge thought that eSports could be it.

“The players who are playing the game on their own are eager to progress and get better,” Rudoletzky says. “With eSports they have a place they can learn from. We get great feedback from players who watch the matches and the livestreams the ESL puts on. The response is ‘Ok, we now have a better idea of what to do on that map.’”

I ask if Rudoletzky if he thought it was necessary for free-to-play games to have an eSport side to grow and engage their audience. “I think so,” he says. “After the Euro Series there was an increase in signups and activity.” It’s driven the switch to the new three tier format: “Players know there’s something always going on. It would not work as well if S.K.I.L.L. had cups for a couple of months and then had a break.”

Gameforge are investing a huge amount of money into S.K.I.L.L.’s competitive scene: they’ve already committed at least €56,000 in prizes for the coming year’s competitions. €30,000’s been earmarked for the Pro Season alone. Even more prize money could be sought from sponsors.

The S.K.I.L.L. community will also grow the prize pot through buying special in-game items. for instance, the community raised an additional €11.010,80 for the Allstars 2014 prize pot.

In just over a year Gameforge has developed the infrastructure for tournament play and they’re pumping it with cash. During events the viewership spikes up, largely because the game is being streamed through the ESL Twitch channel.