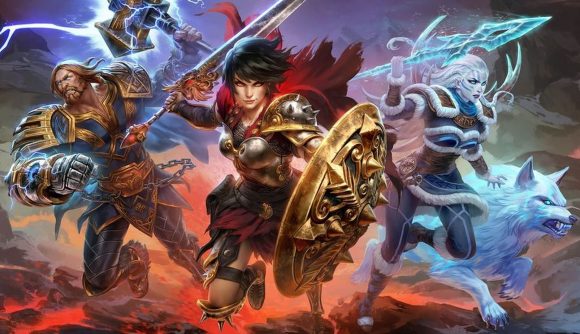 Skillshot Media, the esports production company owned by Smite and Paladins developer Hi-Rez Studios, has announced a partnership with Esports Insider and Develop: Brighton. Skillshot will be running a host of esports-focused panels and keynote talks alongside the conference, which takes place in the UK next month.

Skillshot hosts the esports leagues and tournaments for Hi-Rez’s MOBA and hero shooter, and between them, the two companies have hosted more than one billion esports views, according to a statement from Skillshot president and Hi-Rez co-founder Todd Harris from a press release earlier today.

The company’s panels will take place at Hi-Rez’s offices in Brighton, UK on July 9. Skillshot will be giving talks about the growth of Smite’s esports and whether or not you can ‘force’ a game to become an esport or not. The final panel of the day will be a talk and Q&A session with Paul ‘Redeye’ Chaloner – since arriving on the esports scene in 2002, Redeye has shoutcasted for a host of games including Smite, Dota 2, Counter-Strike: Global Offensive, and Hearthstone.

If you’re heading to Develop, you can secure your spot for the track here, but if you’re already Brighton-bound, you’ll be glad to know that you can register for the event, even if you don’t have a ticket for the rest of the conference.