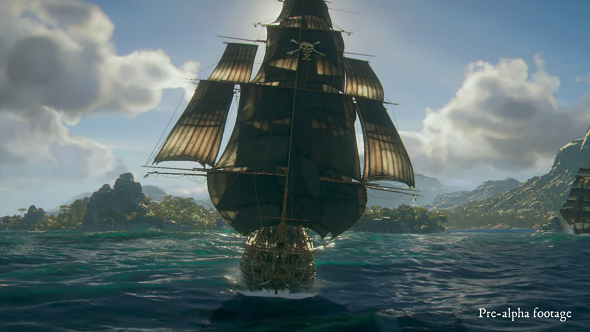 Skull & Bones will weave its single-player narrative into its multiplayer elements, rather than separating the two elements of the game. In an interview with GameSpot, the game’s creative director Justin Farren says that while it will be possible to play Skull & Bones as a solo experience, he hopes players will choose to engage and collaborate with one another.

He goes on to suggest that the narrative elements of Skull & Bones will be relatively similar to Assassin’s Creed: Black Flag. The game, which was announced at E3 this year, has left the Assassin’s Creed name behind, but builds on the naval combat that proved extremely popular in the fourth iteration of Ubisoft’s franchise.

Farren says that the overarching narrative of Skull & Bones will have you meet “historical pirates” and “historically-inspired characters,” and that it’ll feature “a narrative where you develop a bond with your crew and interesting characters along the way.” That sounds a lot like the story of Black Flag, which saw players come across real-life pirates including Blackbeard, Benjamin Hornigold, and Charles Vane.

Farren also says that the single-player and multiplayer of Skull & Bones are more cohesive than in games like Call of Duty or Gears of War, where there’s a difference between players who play online and “players who really invest in campaign.” He says he “certainly hope[s] people will try to do our PVP, because we think it’s pretty compelling” and that “we want to bring [single and multiplayer] experiences closer together. For it to be a one off campaign that’s consumed, would be a shame.”