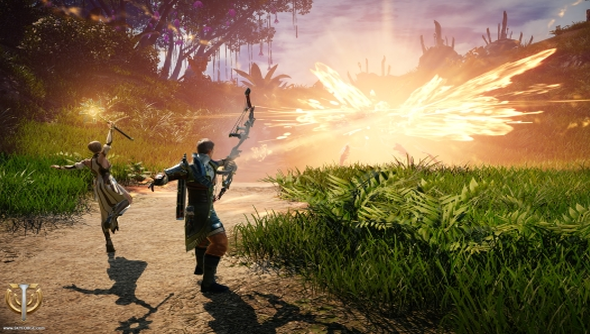 Skyforge’s endgame is different to other MMOs. Whereas in World of Warcraft you max out your level and play raids with your friends and in Guild Wars 2 you can take part in world vs world PvP, in Skyforge you become the god to a cult of NPC followers and try to take over the world.

Every player in Skyforge starts life as an immortal (a neat way of explaining why you respawn every time a nyad tries to eviscerate you). The main storyline then takes you from those less than humble beginnings to the moment you ascend to lesser godhood. You need to acquire enough power and faith for that to happen and, for that, you need followers.

Followers appear as an NPC resource within Skyforge. Completing missions demonstrates your power and that attracts followers. You can recruit adepts, also NPCs, who you can order off on their own missions to find you followers, getting you ever closer to becoming a god.

“The main idea is to become a god,” Allod Team’s game director Oleg Khazhinskiy told me. “And that’s not just a title or a special costume, it changes play completely. You remember in Titanfall, the first time you got a titan, that emotional power is the same.”

Khazhinskiy wouldn’t tell me too much about the powers you had as a god, only that if your friends start playing Skyforge and they’re in trouble in an instance you can burst through the sky to help them, smiting enemies for them.

Even just as an immortal you can be mighty. Unlike other MMOs, Skyforge doesn’t lock you into a single class. So long as you aren’t in combat you can switch between any class you’ve unlocked.

There aren’t levels in Skyforge, either, instead as you complete quests and kill monsters you gain prestige which can be spent to unlock abilities (this isn’t xp or levelling up, I was told in no uncertain terms). If you get bored with one class you can just start spending your prestige in another.

In theory, if your party has two healers and is short of a tank, one of you can switch class to one you’d trained up earlier. It’s similar to Firefall’s battleframes in that respect.

None of the classes in Skyforge stand out as unique, they’re more specialists within classes we’re familiar with. For instance, the cryomancer is an ice mage and the Lightbringer is paladin focused on healing.

Much like Guild Wars, Skyforge is centered around a hub server and the action takes place in instances. So all of Europe will technically play on a single shard. Whenever you set out on a quest you’ll dive into an instance, either solo or with other players. 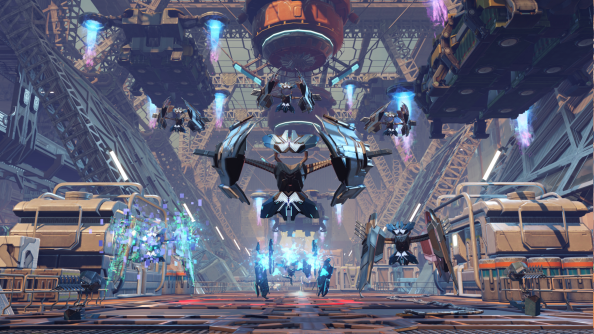 Where Skyforge needs to improve before beta is its mission structure. The mission I played was devoid of imagination – I had to kill five nyads, then three more elite nyads, before taking on a boss at the end of the dungeon. I’d zoned out of my task in minutes and this was my first time playing the game.

Skyforge’s combat is a saving grace. Left and right mouse buttons are tied to light and heavy attacks, and if you time those right it launches you into combos. You’ve special abilities tied off to hotkeys, too, so at any moment you can break from combo and bring down a more powerful ability.

Once you’ve stripped an enemy of its health, a hotkey will flash over them. Tapping it launches you into a powerful finishing move. Watching your lightbringer throw an enemy into the air and then cleaving it in two is a satisfying touch. It reminded me a little of Darksiders.

Allod Team weren’t showing off anything of the end game multiplayer but Skyforge will have “Duels, battlegrounds, and huge territorial wars,” Khazhinskiy told me. “The [guilds] can fight each other for the control of different territories. They will take place in special zones for hundreds of people.”

I wish it’s quests were as inventive as its combat because as it is, Skyforge doesn’t excite me. I was told the characters I was playing with were the result of about 30 hours play. I don’t think the quests would be enough to encourage me through to that point.