Azubu and Hitbox, two livestreaming platforms, have coalesced and been reborn as a new entity: Smashcast. Emerging from its chrysalis, Smashcast has announced its intention to become “a strong number two competitor to Twitch” and “the largest independent esports broadcaster outside Asia.”

Which of these great multiplayer PC games do you like to watch?

The new platform is now live at www.smashcast.tv. Smashcast boasts a revamped, cleaner UI and something called a ‘Hype-O-Meter’, which lets esports fans cheer for their favourite team during tournaments.

Mike McGarvey, Smashcast CEO, says the hype-o-meter “represents just the first step in our long-term vision to create the best broadcaster-to-viewer experience in the world of esports and competitive gaming.”

Smashcast are also looking to monetise their audience in new ways beyond simple advertising. They are targeting new avenues in affiliate marketing, virtual goods sales, in-game betting and sponsorships to “close the gap in ARPU” (that’s average revenue per user) between the esports market and more established sports businesses. 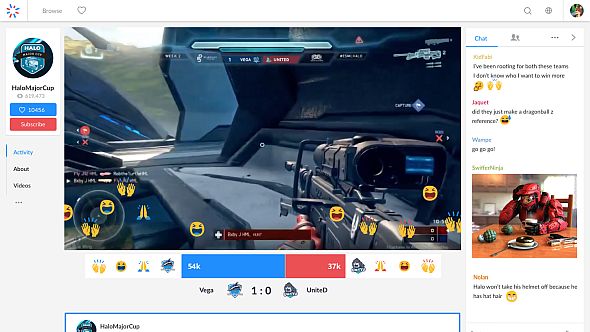 Smashcast have also announced the launch of a new, 4K-ready production studio in Vienna, Austria, reflecting a commitment to high-quality broadcasts.

“The new Vienna production facility is a key next step for us in ensuring the quality of support we provide our broadcasting and publishing partners,” says Martin Klimscha, European managing director. “We wanted specifically to ensure that we are differentiated from our competitors not only from our platform and technology excellence, which includes full 4K and 360 VR support, but from the quality of streaming content as well.”

While it’s always great to see a new service emerge, Smashcast has some way to go before it can seriously threaten Twitch’s dominance of the streaming business. At time of writing, the most-watched channel on Smashcast (a COD Online stream byzzeQs) had around 350 viewers, while the most-watched on Twitch (AdmiralBulldog, playing Dota 2) had 11,650.