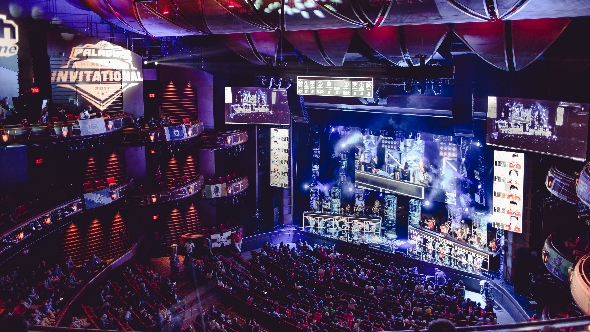 During a half-hour conversation about Hi-Rez Expo – the event that hosts the Smite World Championship finals – company president Stew Chisam says the word ‘community’ seventeen times. He leaves me in no doubt as to the core reason this Atlanta-based studio holds its annual, lavish eSports finale: it’s all for the fans.

Both of Hi-Rez’s eSports can be found in our round-up of the best free PC games.

He sees Smite’s eSport status as a feedback loop that helps build the game’s fanbase. “A good eSport can really help drive your community,” he comments, and attending Hi-Rez Expo in person certainly confirms this. It’s often said that sports galvanize people and bring them together, and talking to the fans at the World Championship finals confirms that. Hardcore players that study every patch note bulletpoint are joined by casual followers who simply like an occasional round of the Xbox version, and there’s not a sense of sneering or elitism. This is not your stereotypical Reddit thread.

While not quite endowed with the Hollywood production values of a Dota event, Hi-Rez Expo is still visibly expensive. Held at the Cobb Energy Performing Arts Centre in Atlanta, the main stage is a theatre set-up surrounded by tiered seating and curved boxes that evoke the Star Wars galactic senate. Three huge screens show off the action as two teams battle it out on glossy PC setups. Lights strobe and animated icons flash as the games progress. It’s a genuine spectacle.

I ask Chisam if all the glitz and scale is necessary. “I think there is something really important in having some events like this,” he says. “It’s the chance to bring however many thousand fans together that are all zeroed in and focused around the sport. It’s so motivating to the fans.”

The event clearly costs untold thousands of dollars to host (spent on not only the venue, but accommodation and food for the attending players and other invited people), and much of that is covered by sponsorship. Coca-Cola red tints numerous signs, and the Twitch Prime logo is beamed across the walls of the arena. But Chisam dismisses the idea that Hi-Rez only do the event because they’re provided with money by other companies. “We would run the event without the sponsors,” he states. “We want to do the event regardless because we believe in it. We believe in what it does for our community.” 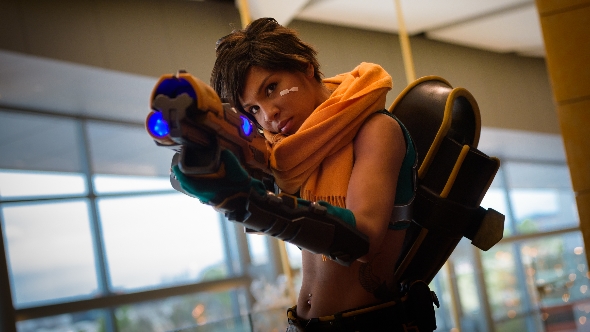 This year was the first that the Hi-Rez Expo branding was used for the whole show, reflecting that the event is more than just the Smite World Championships. 2017 saw the final of the Paladins invitational, and the announcement of new game Smite Rivals. And it wasn’t just in Atlanta the show grew; with aid from Coke, the Expo finals were shown across the United States and in Germany in movie theatres.

“Coke approached us with the opportunity and we said ‘Oh that’s cool, let’s try it out’ but we were also a little timid,” recalls Chisam. “We were more like ‘Is the demand going to be there?’ I was blown away, and Coke was even a little surprised, at how strong the interest was.”

The cinema broadcasts allow people who can’t make it to Atlanta to enjoy the event-like atmosphere of the live tournament, and Chisam foresees that it could become a big part of eSports in the future. “The more ways we can get people together like that is awesome for everyone,” he says. 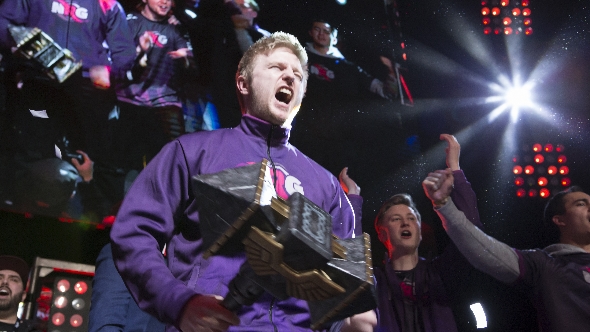 But as Hi-Rez Expo grows year-on-year, the studio are keen to keep their focus on it being a Smite finals show. “eSports should always be a massive pillar: the headline, the big focal point,” Chisam says. “But it is a great chance [to explore other avenues].” 2017 saw a small cosplay competition and some playable games on the room-sized show floor, and while it seems like the event has no aspirations of turning into Blizzcon, there’s certainly room to improve on these elements.

As you read this, planning for the 2018 HRX is already underway. It’s a year-long exercise that ramps up in the final three months. The first task is to judge if the Cobb theatre will be big enough next year. If Paladins takes off as an eSport, they’ll almost certainly be need for a larger venue. But there’s no question that doors will be open for fans to enter the world of Hi-Rez again next year. Being surrounded by fans is vital for the studio.