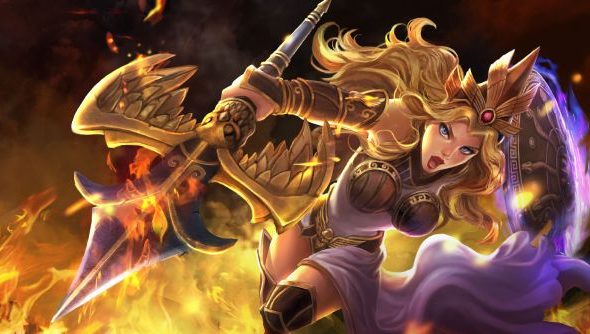 Hi-Rez Studios is currently celebrating a very momentous achievement, as their SMITE World Championship prize pool rises to the third largest eSports pot in history. The money, which at the time of writing stands at $2,145,807, has surpassed the likes of League of Legends, Starcraft II and Counter-Strike, for a single tournament.

The still growing mountain of money is due to a crowd funding initiative called SMITE Odyssey, which has offered new content every week that players can purchase, where a slice of the proceeds goes straight into the World Championships.

With the increased funding, the winner of the SMITE tournament will be taking over $1 million dollars for their team. Tickets for the grand event have also gone on sale, but are selling out rapidly. Spectators that can’t make it to the event can still purchase a digital pass, which contains loads of in-game goodies.

With thirteen days left to go, the SMITE World Championship needs roughly $750,000 to take second place. Whether it makes that goal, is in the hands of the Gods, for now.