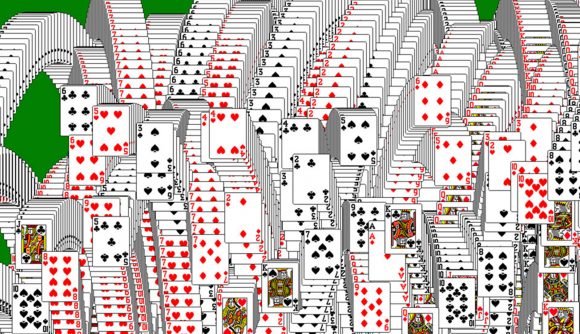 There are plenty of iconic PC games in the platform’s history, but perhaps none quite so widely recognised as solitaire. Microsoft’s version of the solo card game is now a Windows Store app, but it’s still there. And one 72-year-old player has managed to play over 50,000 rounds of the game and achieve a staggering 99.9% win percentage.

This feat hit Reddit earlier this week, courtesy of user avpogo, who shared a post titled ‘my 72 year old father wins 50,000 games of Solitaire, loses 15.’ The most recently reported total is at 50,046 wins out of 50,061 games – that’s the result of four years of playing an hour or two a day. That’s some dedication.

The traditional solitaire game you’re probably picturing is Klondike, but the game in question here is FreeCell. That’s an especially important distinction, because this feat would be impossible in standard Klondike, where about 20% of games are winnable. FreeCell, however, has very few unsolvable configurations, which our champion player says account for those 15 losses.

We may find out a few more details soon, because avpogo is asking dear ol’ dad about doing an AMA. I have no stronger wish for the new year than this.

Modern PC solitaire is now full of achievements, daily challenges, and global leaderboards, but it’s still delightful to know some players are holding down with the classics we’ve been enjoying since the earliest days of Windows.