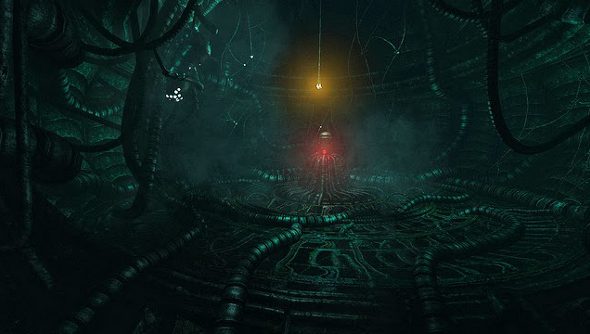 Since Frictional Games released Amnesia: The Dark Descent in 2010, we’ve known that the studio has been hard at work on SOMA, another freakishly disturbing horror game set in space. 2015 is finally the year it releases, but for an indie game that’s an incredibly long gestation period. The length has been down to the game’s core features being “crazy hard” to create, according to the game’s creative director.

Talking to GamingBolt, Frictional’s Thomas Grip said: “First, we used a lot of time to develop new tech for the engine, so it took a year almost before the development properly started. Second, and by far [the] biggest reason, is that it has been crazy hard for us to get our main design features, a thematic that you play through and active story-telling, to work properly. We had gone down many roads that did not turn out to work, and had to redo a lot.”

The goal was to create a terrifying game with a deep world that the player would experience first-hand, rather than through the audio logs and diaries that have becomes ever so popular over the last several years. “Just figuring out what aspects of the thematic we wanted to discuss and how to do it without tons of info-dumps, have been a challenge,” explaied Grip. “On top of that we wanted to do this as an active story, meaning that the bulk of the narrative is played and not gotten from notes/audiologs, and that has made things even harder. We have everything nailed down now though, and it is just a matter of polish.”

SOMA should be ready for release later this year. Hopefully it will be the revitalising experience that Amnesia was in 2010.