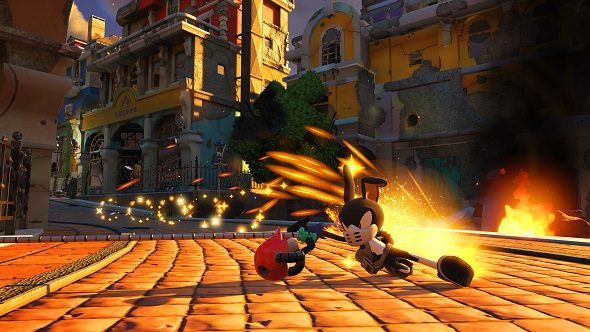 It has finally been done, no longer are your fantasies confined to your imagination or shady fanfiction site. Sonic Forces will have its own character creator so you too can run alongside the blue hedgehog.

While you reminisce about Sonic, look at our list of the best classic PC games.

Featuring seven different species, because variety in anthropomorphic speedy animals is the spice of life, there’s a fair amount of options to choose from. They also have different abilities depending on species – birds can double jump, for example, while dogs start off with five rings after they die. Your species isn’t just for show.

There’s also unique gadgets called Wispons and grappling hooks. Running alongside a hedgehog at the speed of sound just isn’t enough: a flamethrower’s really what you need. There’s even shutter shades for your Kanye-inspired hedgehogs. This character will then fight alongside the titular hedgehog against Eggman – it’s unconfirmed if you’ll get to eat chili dogs with him though. You can, however, see how you’re best buds with both iterations of Sonic in the trailer above.

The character will apparently be a major part of the story, and is shown off as a third gameplay type alongside modern and traditional Sonic. It’s unclear quite how the split will work with who you get to play as. Going off the World Map option in the trailer, it may well function similarly to Sonic Generations’ system for choosing which variant. Why be anything other than your hedgehog self, though?

Sonic Forces is coming out ‘this Holiday’ on PC, so you’ll have to wait until then to race humanoid hedgehogs.