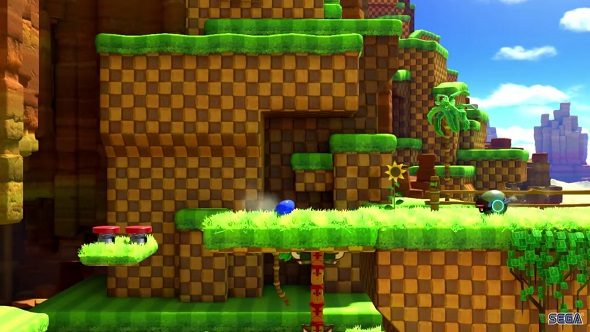 Sonic  has always struggled a bit with the transition to 3D, but Sonic Forces is hoping to be the game to finally nail it. It’s not ditching its legacy altogether, though, as you can see in the new trailer above.

That’s right – not all of it will be 3D. For one reason or another, we’ll play as classic Sonic at some point, as he tears through a reimagined Green Hill Zone.

It’s kind of hypnotic, watching someone who’s good at the game do a flawless, speedy run. It’s much more entertaining than my childhood memories of staccato platforming and scattered rings.

Quite how this section will be contextualised in the game is anyone’s guess. Will 2D sections pop up a lot? Will it just be an introductory level? Who knows.

We’ll find out when Sonic Forces releases later this year.