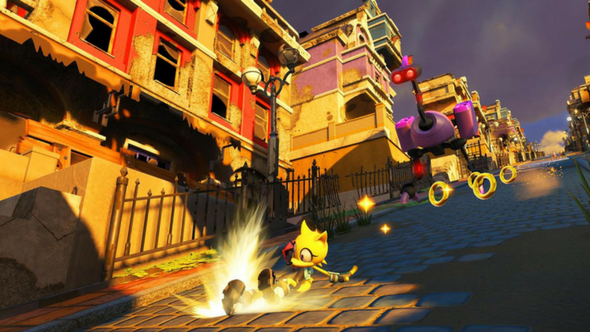 Sonic Forces is enlisting the help of Modern Sonic, Classic Sonic, and your own Sonic character to stave off Dr. Eggman and his forces. Thanks to this new trailer, we know that includes a team of Chaos, Metal Sonic, Shadow, and a brand new bad guy whose name has yet to be revealed – we’ll call him Edgelord Maximus, for now.

Looking for a game that’s out now to play? Here’s our list of the best PC games.

Luckily you’ll be there to wipe the floor with each of them, no matter how ominous the new guy’s introductory music feels. He’s also got some sort of infinity symbol apparently associated with him, though there aren’t many other clues as to what his name may be.

He’s got a whole bunch of cyber cubes floating around him in the air, which means he’s doubly evil. You can see all of this in the trailer above.