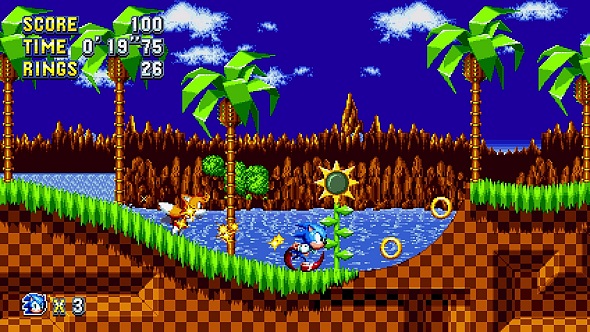 Update May 31, 2017: Sega have confirmed that the leaked release date was correct – Sonic Mania will launch on August 15. There’s even a new trailer to celebrate, which you can watch above.

If you’re itching for some retro-styled Sonic action, you can pre-order the game on PC to get a 10% discount. It looks pretty faithful to the classic games, so you should know whether you’ll like it or not beforehand, at least.

Sonic Mania should rekindle any nostalgic love you’ve got for Sonic, but if you’re looking for more nostalgia, we’ve got a list of the best old games on PC.

Original Story May 26, 2017: Sonic Mania cropped up on the Steam store earlier today, with a trailer that may not have been intended to go up. It has since been taken down, buta screenshot from SuperMoonKnight on redditshows that it said the game would release on August 15.

As of now, there’s only five shots of the game on the page, without a trailer, and the text below reinforces what we already knew: a summer 2017 release date.

This screenshot is all we’ve got to go on, and as it has been taken down, it’s possible that it was either a placeholder or is no longer accurate. Take this with a pinch of salt, but you might want to keep your eyes peeled for a release date announcement in the near future.