Well, here’s something I certainly never saw coming. Someone is working on a Sonic Robo Blast 2 mod that introduces the characters of Sonic the Hedgehog to the world of Persona. Fittingly, it’s called Sonic Robo Blast 2: Persona and a demo is available for you to try out.

You’ll be spending your time darting through Tartarus, which is a tower that appears in Persona 3. The platforming reminds me more of Sonic, but the fighting takes its cues from Atlus’ dungeon crawler. Once you jump on an enemy’s noggin, you’ll fight in a turn-based battle system that the creator, Lat, says has a “hint of Shin Megami Tensei”. To win the fight, you’ll need to work out your enemy’s weakness and exploit it. You can get heaps of Persona skills to help you do that, and you’ll be able to call upon the All-Out Attack, too.

You can also tackle the mod with a few pals. The creator behind the mod says that you can create up to groups of four, and, if you really want to go for it, four groups of four. You can even try your strategies out on each other in PvP if you fancy it. If you’re looking for something more challenging, there’s also a challenge mode you can have a go at.

You can see it all in action down below: 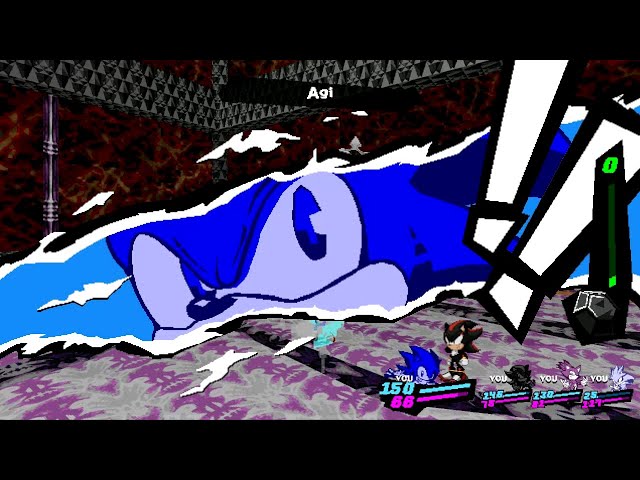 If you’d like to download it for yourself, you can find out how here. If you want to follow the progress of Sonic Robo Blast 2: Persona, you can join its Discord, where you’ll also find instructions on how to download the demo of the mod.

If you haven’t heard of it, Sonic Robo Blast 2 is a 3D open-source Sonic fangame that is being built using a modded up version of the Doom Legacy port of Doom. While it’s not done, it already has heaps of levels and enemies you can check out.

If you want to check out some more platform games, you know where to click.