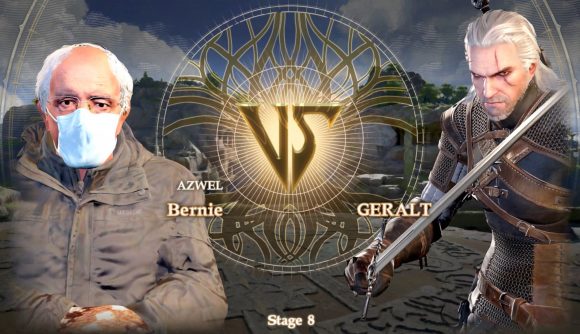 It’s over. Bernie Sanders once again became a meme last week just by sitting cross-armed at the presidential inauguration while wearing a pair of mittens, and now the meme has already peaked. (Not just because of all that charity money, either.) You can now play as Bernie Sanders in a chair in Soulcalibur 6. Where do we go from here? Videogame modding, memes, and even political jokes will never surpass this moment.

It’s just Bernie in a chair. He doesn’t even animate, but that just makes it better. It’s like he’s breakdancing in that chair, beating up every member of the Soulcalibur roster.

This is a mod rather than just a custom character, and comes courtesy of User619, who provides a variety of character replacement mods for Soulcalibur and other titles via DeviantArt. The Bernie mod replaces your male custom character, and does require you to take a few extra steps to install and make Bernie visible. You can get those details over on the mod page.

Or you can just watch 16 minutes of Bernie beating up Soulcalibur characters in the video below. (He fights Geralt at the end.) 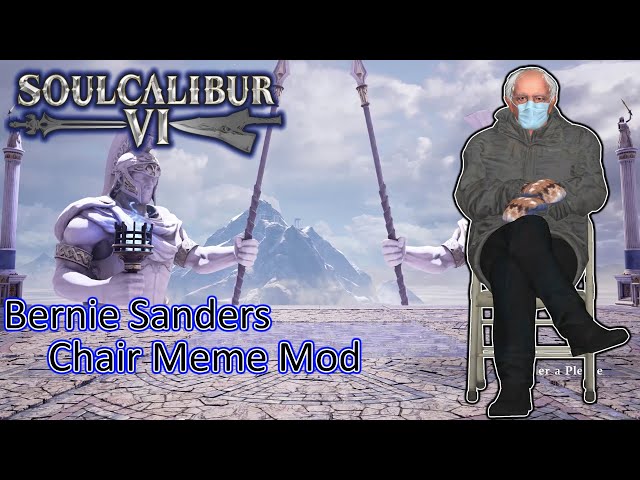 Fighting games, am I right?