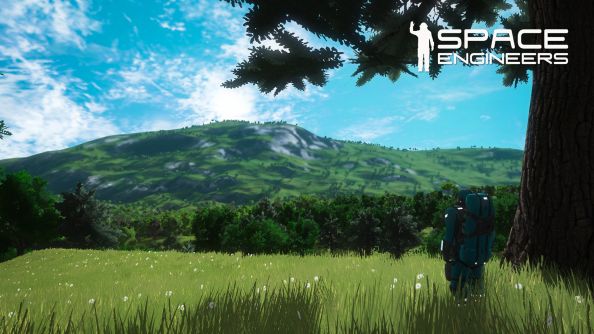 Space sim fans really are spoilt for choice at the moment when it comes to videos of buggies bouncing around the surface of explorable planets. David Braben appears to use his Elite: Dangerous Horizons dev PC for little else, and Keen Software House are showing off the seamless landings it’s now possible to make on the lush orbs in Space Engineers space.

These are the best space games on PC. How many have you played?

Do we even need a No Man’s Sky now? The effort’s particularly remarkable given that Keen Software didn’t have any plans for planets when they started on Space Engineers’ public development two years ago.

Once on the ground, players can build without restriction, and leave for the void knowing their creations are persistent, there to be visited again (assuming they can find the same spot, of course). The idea is that now Space Engineers have access to terra firma, they’ll use it to dig in and make a home.

Keen have delivered the Space Engineers planets update as part of the game’s two year anniversary celebrations. Think you’ll connect a couple of planets together, like Rosa suggests?