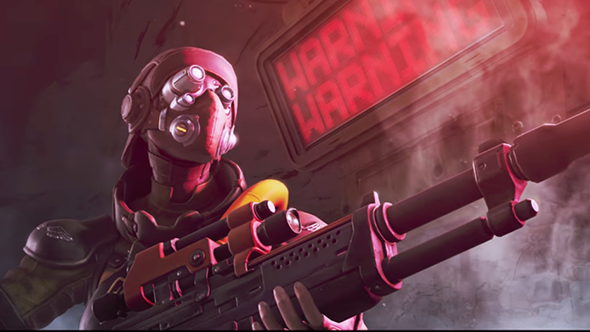 Raiders of the Broken Planet launched last September it didn’t find the audience it needed on Steam. Despite the first episode of the game being given away for free, as you can read in its Steam reviews, players balked at the cost of its microtransactions.

Except, Raiders of the Broken Planet is an episodic game, not a free-to-play game – Valve put the game under the wrong classification in Steam Store because the first episode was free, and developer MercurySteam has been feeling the pinch ever since.

“From day one,we had big problems with Steam, which was if you get through the criticism, you’ll see very little criticism for the game, and a lot of criticism for the business model,” game director Enric Álvarez told us. “90% of people talking shit about Raiders of the Broken Planet is because of the business model, not because of the gameplay, the aesthetics, or the proposal in itself.”

“Being under the “Free to Play” label, users deemed Raiders of the Broken Planet included several paywalls that went against the F2P spirit, and the reviews – even though most recognised the game’s quality and visual appeal – were accordingly negative,” MercurySteam told us in a follow up statement. “Labelling the free missions as a “demo” or launching the first campaigns as an “early access” product would have been better options.”

To get around this problem and solve its image problem, after nearly a year in the wild, Raiders of the Broken Planet is being renamed Spacelords and going completely free-to-play.

MercurySteam is only able to keep supporting the game because of the success Raiders has had on console. “One of the most important decisions we made during development was to make this game full cross-platform, and since we did that, the number of concurrent players is huge compared to Steam,” Álvarez explains.

We were told that across the different platforms Raiders has between 2000-2500 concurrent players per day, which, considering Steamcharts.com says the game has had an average of 44 players per day on PC, shows how few of Raiders players are coming from Steam.

“Some people will see it as a failure,” senior PR manager José Herráez admits while talking about the perception of going free-to-play. “There’s nothing we can do about that, except proving them wrong with continuously releasing more content, but I think we have a good chance – especially as the data and the relationship we have with the community backs us up.”

MercurySteam has been keeping a close eye on Warframe, Herráez explains. “It started out as a F2P game, but they admit they didn’t get it right at the beginning. They realised that and they started doing it well, and the community is huge, and it’s a very profitable product, and the media has reviewed the game years later, after they took these steps. It’s a showcase of monetisation and F2P done right.

“After we realised that the business model we selected didn’t work, and as Enric says it was very early after release, it was a couple of months after releasing the game, we started talking about what to do, and we should follow the F2P trail, and Warframe was a benchmark.”

The statement from MercurySteam ends, saying “We are confident that embracing the free to play business model will vanish the negative perception the previous offering had over players who enjoy these kind of games.”

So, Raiders of the Broken Planet is dead, long live Spacelords.

{"schema":{"page":{"content":{"headline":"Raiders of the Broken Planet changing to Spacelords because it was wrongly labelled ‘free-to-play’ on Steam","type":"news","category":"spacelords"},"user":{"loginstatus":false},"game":{"publisher":"MercurySteam","genre":"Free to Play","title":"Spacelords","genres":["Free to Play","Strategy Gamer"]}}}}