What are all the Spellbreak combos? Spellbreak is not your typical shooty-shooty bang bang blam blam pew battle royale game – instead of searching depressing interiors for the same old rifles, grenades, and shotguns, players wield a combination of powerful elemental gauntlets, flinging spells about as they leap and hover over castles and hills. When two teams collide, you’ll see them splattering toxic matter all over the walls, conjuring great plumes of fire, hurling boulders across crumbling ruins, and whipping each other with scythes of wind.

Before you prepare to enter Spellbreak’s arena of chaos, you’ll need to choose from one of six elemental classes – Conduit, Pyromancer, Tempest, Stoneshaper, Toxicologist, or Frostborn. This grants you the classes’ corresponding gauntlet strapped to your arm – and special class perks to boost its power – but since you’ve been blessed with two arms, there’s space for another. You’ll have to loot your second gauntlet while you’re on the ground, and once it’s equipped, you’ll have access to some extra spells. Here’s the fun part: spells of different classes combine to create new and exciting elemental phenomena. For example – if you shoot a fireball at a whirlwind, it’ll turn into a blazing tornado.

Not only are these Spellbreak combos effective offensively, you can also use them to neutralise or deflect incoming enemy attacks. If you synergise with your team, you can achieve results that take three or more types of spells to create. For example – hitting ice with a fireball creates steam which can then be electrified. Fire tornadoes can be toxified, creating a vertical explosion. This might seem like a lot of interactions to memorise, but learning the Spellbreak combos is crucial to understanding class counters, and forming strategies that will enable you to survive long enough to eliminate the competition. So without further ado – here are all the Spellbreak combos in the game, according to the Spellbreak wiki. 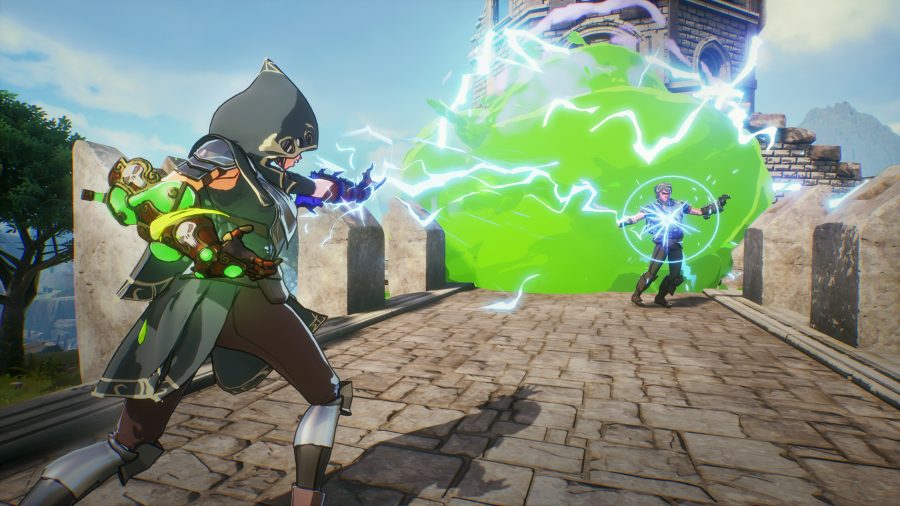 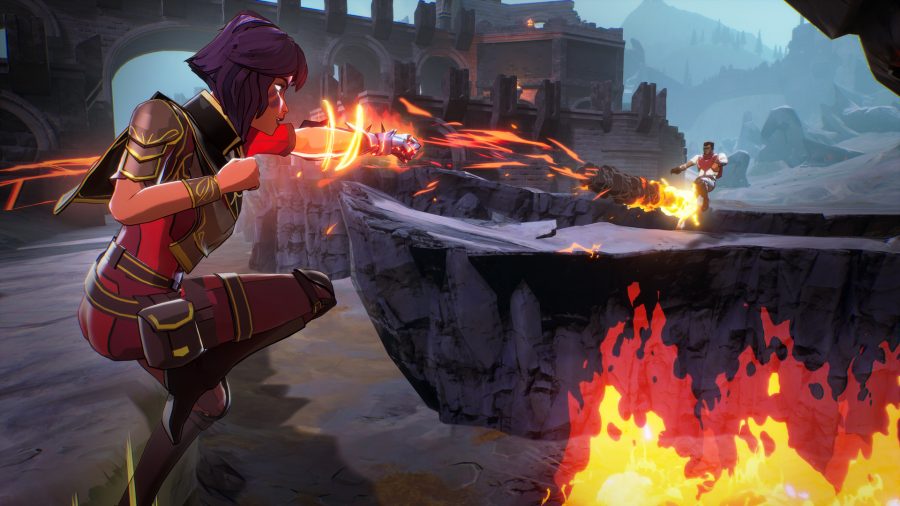 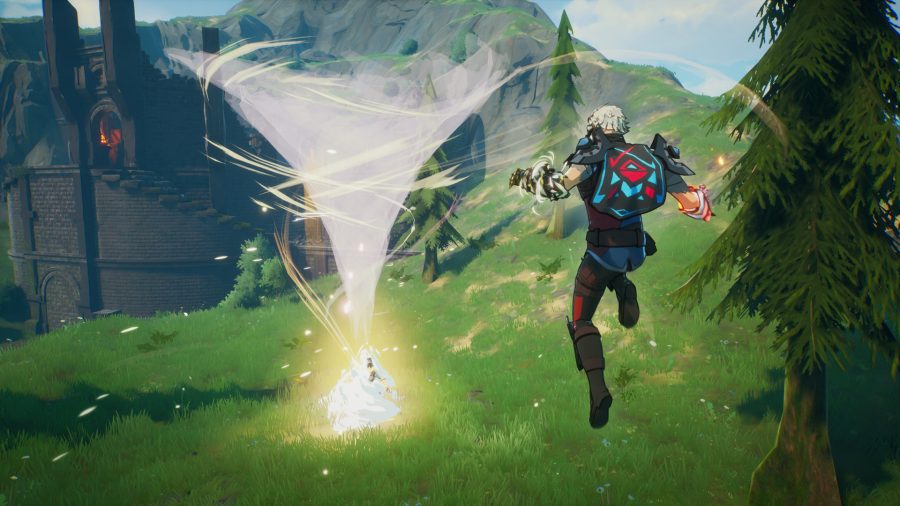 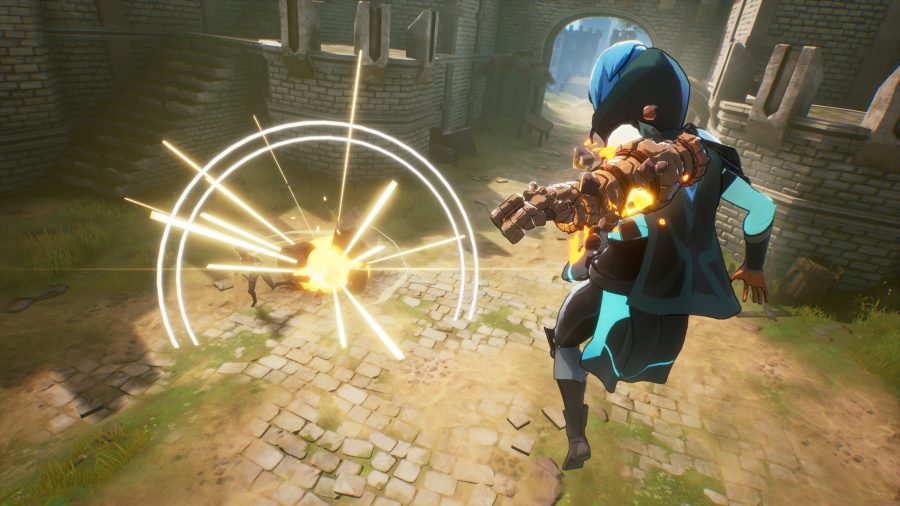 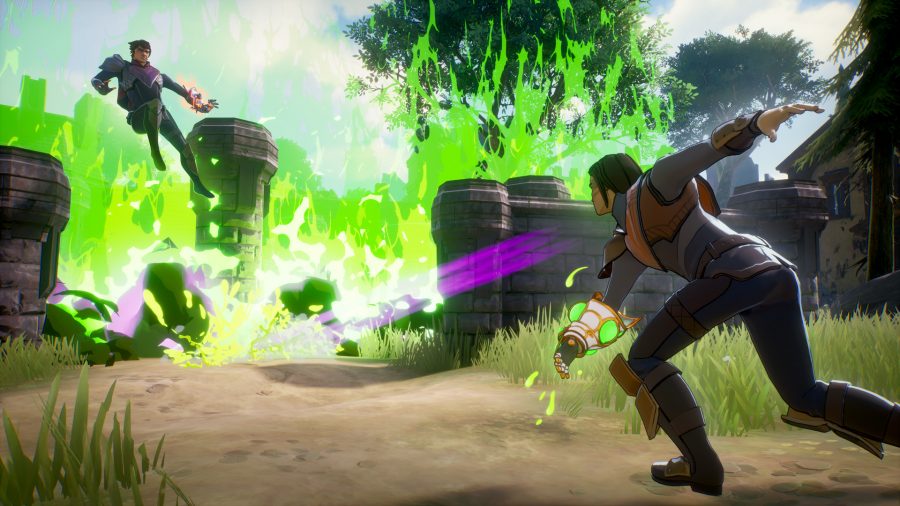 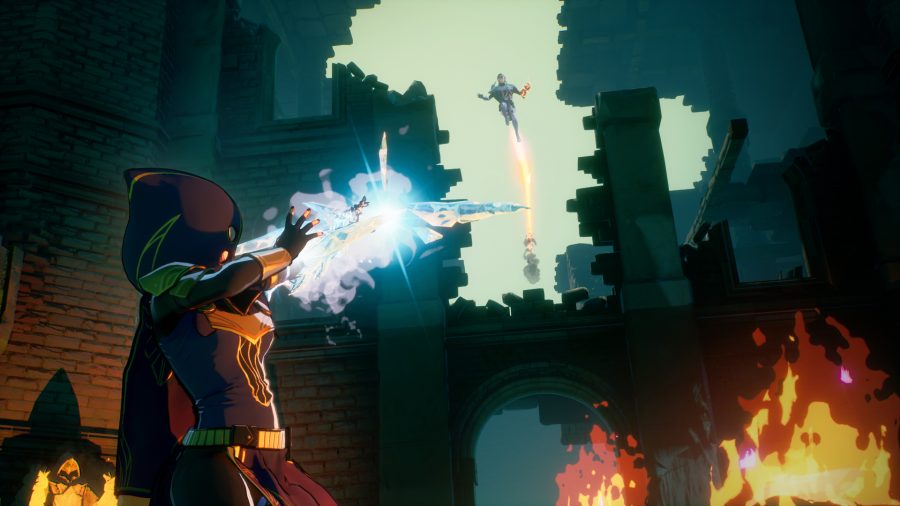 There you go – those are all the Spellbreak combos in the game. We hope you can remember all of them, because there will be a test. The test will be conducted several meters in the sky, and your examiner will be trying to kill you. On the plus side; Spellbreak is one of the best-looking anime games; so even that boulder flying at your head is aesthetically pleasing.