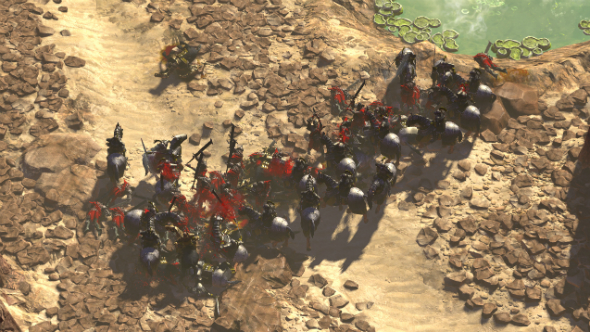 The humble RTS has had quite the resurgence this past year with Halo Wars 2 and Dawn of War 3. Soon, SpellForce 3 is going to toss its hat into the ring, bringing with it a classical fantasy setting, roleplaying mechanics and environments rife for strategic exploitation.

Here’s how you can expect battles to play out: cobble together a band of heroes, making sure to factor in different combos and skills; head out into the battlefield, taking terrain, troop formations, visibility, and exploration into account; ruthlessly slaughter your enemies, leaving no orc, elf, or enemy human alive. What’s not to love?

And now’s your chance to check out SpellForce 3’s heady mix of multiplayer RTS and RPG systems ahead of its release later this year. We’ve got 10,000 keys for the multiplayer beta – grab one below and you can join right now. The beta will run all day, every day until July 2017, so you’ll be able to hop in, build an army and wage war against a foe whenever you fancy it, which should be always.

Want to get involved in the beta?Just enter via our widget below and unlock your key.

When you’ve grabbed your code redeem via Steam. Simply click the ‘Add a Game’ button at the bottom left of the Steam client window, and ‘Activate a Product on Steam’. Follow the instructions, download the game, and get playing!