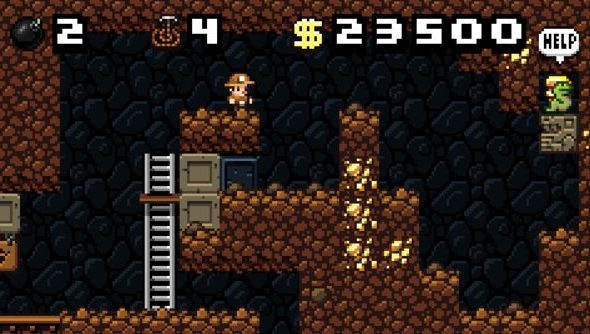 The original Spelunky – not to be confused with the fantastic remake – has received a mod that improves the game as well as adding in support for two player co-op. The creator of the mod, Vadim from Ukraine, has been working on it for over three months and it’s available to play today.

The mods inception began over a weekend back in April where Vadim toyed with the idea of implementing a multiplayer mode. That weekend turned into three months in a massive “underestimation” of the work needed to be done, but modder Vadim prevailed.

The co-op mode pits two players in the same game. You can carry the other player around, throw them around and share items. You’re not forced to play cooperatively either; players can go off and do whatever they want and even attempt to sabotage their friend.

Other improvements include audio fixes and enemies properly blinking when they’re about to get up. There’s also some invisible changes; the game will be much more forgiving with errors in input precision.

You can download the original Spelunky for free with the mod included today.