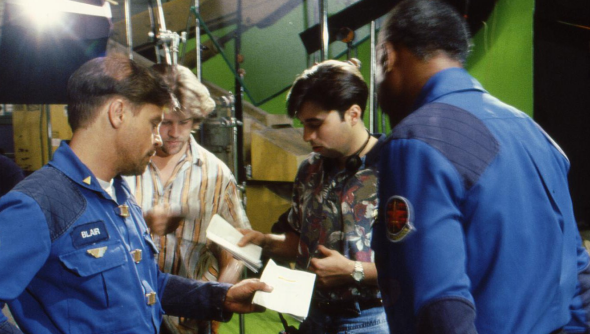 In a roundup last week I reported that one of the original cast of the Wing Commander games will once again work with Chris Roberts on Star Citizen. Well, scratch that. “I think it’ll be more than one,” he told me today.

Though he wouldn’t be drawn on who will return or in what form, he did name the four most famous actors who appeared in his games: “I had a lot of fun making Wing Commander with Mark [Hamill], Tom Wilson, Malcolm McDowell and John Rhys-Davies,” Roberts said. “I definitely will be setting up that level of stuff.”

He added that he’s not just looking at actors he worked with on the Wing Commander series, but also others who he’s made contact with since working in Hollywood. “Don’t forget that I’ve been making movies for ten years and I have a level of relationship in the business that I never had when I was making games,” he said. “I’m going to see if I can bring some other fun people in that maybe wouldn’t necessarily do something like this, but they may because I have that relationship with them.”

Roberts worked as a producer on several blockbuster films including Lord of War and Lucky Number Slevin, both of which had an impressive cast of Hollywood heavyweights. Right now, it’s anyone’s guess as to who he might call upon, but we’re not likely to hear an announcement any time soon. “That side of things will be very cool,” Roberts said, “but I want to hold it back until a little later on.”

We’ll have the full interview with Mr Roberts up next week.