This is not a good start. My screen’s flashing with the telltale colourful triangles of a graphics card glitch. I can barely make out the ship hangar behind the collaged curtain of bugs.

Since installing Star Citizen’s dogfighting module two weeks ago (a trying experience in and of itself) I’ve only once managed to launch my ship into space. Every other attempt has been met with dropped server connections, crippling graphical artifacts, and crashes.

Bugs are to be expected, this is a pre-alpha release of the module, but after six months of delays I wasn’t expecting the bugs to be this bad. Especially when RSI creative director Chris Roberts said “It would be foolish to release an unstable build, even if pre-alpha for the sake of meeting an internal deadline.”

First announced back in October 2012, Star Citizen’s development’s been funded to the tune of $44 million by players keen to get their hands on an epic space game. When complete, developer Roberts Space Industries promise to give players a universe where they can fly to the distant ends of the galaxy, trade between planets, and take part in galaxy-spanning wars, all while in the company of their friends and strangers.

Star Citizen’s scope is vast: to compensate RSI planned to release chunks of it to backers to give them an idea of how development was coming along. The first module, released back in August, let you walk around the hangar where your ship was docked. It was little more than a showroom, something to give an idea of the graphical fidelity RSI are aiming for.

I backed Star Citizen on the first day RSI launched their campaign, before they started their Kickstarter. After reading Paul’s preview I was hooked and opened my wallet for $30 and bought the Aurora tier.

The module that had me excited was the dogfighting module due out on 28 December. It would let you take your ship out into space and battle in matches against either AI drones or other players. However, as December approached, Chris announced a delay. “I feel that the Dogfighting module, especially with Star Citizen’s greatly increased profile, needs to be more polished than a typical ‘alpha’. There are a lot of eyes on the game, and more than a few people wanting us to fail. Because Dogfighting is the first module that will involve significant gameplay, it has to be good – I don’t feel that we will get a pass just because it is pre-pre alpha.”

Five months were added to the clock and between 28 December and 29 May we were finally shown a good deal of footage of dogfighting in action.

Then, again, as the 29 May release date approached Chris announced a delay. Happily, only an extra week, but saying “It would be foolish to release an unstable build, even if pre-alpha for the sake of meeting an internal deadline. This is the power of the crowdfunding that made Star Citizen possible: a publisher would make us ship tomorrow regardless of the current build quality… but as you are all focused on quality rather than a financial return for shareholders we are able to take a few more days to deliver something that is stable.”

Then, at release, Chris said “We’re releasing today because we feel the game is at a point where it’s stable enough to go out to a wider audience. What you play today will crash, it will have slowdowns, installation issues and other problems.”

I seem to have come across all of them.

It took me ten hours to get the Arena Commander module installed. After downloading for 20 minutes it said I needed to repair my install, hours later it hadn’t finished. I uninstalled the game and went for a fresh download. Three hours after that it finished and the message “Please wait” popped up in the client. It stayed like that till I restarted my computer two hours later. Other players have documented the launcher’s troubles on the Star Citizen forums but googling them links me to this: 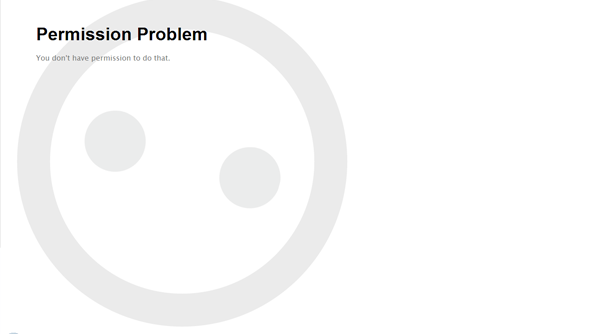 The restart let me launch the game’s loading screen but after a few seconds that would crash me back to the desktop. Other times it would get stuck on a Connection Error screen.

Eventually, after many restarts, I got through to the hangar and was met with this:

While you can see it in the video I couldn’t see my mouse cursor, hence the trouble selecting the mission to launch my ship.

The one time I did manage to launch my ship the same graphical bugs persisted but, as well, the HUD didn’t fit to my screen, the third person camera was stuck in my ship’s chassis, I couldn’t eject, use the landing gear, target other ships, and, eventually, it crashed.

I may be having a uniquely bad experience with Star Citizen but many of the bugs I’m experiencing, and others besides, are being reported on the forums.

Others are having a great time with the Arena Commander module and are coming across no major bugs at all. I may have just been unlucky with my hardware configuration or they may have been lucky with theirs.

This is, of course, a testing period for the game. This is an alpha release to garner feedback, to find these bugs so they can be fixed in the coming months, but after six months of delays and with Chris coming out to talk specifically about releasing a stable game I’m surprised by just how buggy a release this is.

I emailed David Swofford, Cloud Imperium Games’ communications director, who’s handling PR for Star Citizen, asking about the bugs and the stability issues I was encountering. I was told “this is actually a pre-alpha release … It’s v0.8 and v1 which should have all the features (including multiplayer) that we promised at PAX East for this release will be coming in the weeks ahead … It’s just going to have lots of bugs.”

That excuse is difficult to accept. We’ve been told on numerous occasions that the dogfighting module was being delayed specifically to improve its stability. Yet, after more than six months of delays, RSI still released an unstable game. They chose to release it in this state, and then claimed that by doing so, they were creating innovation.

“[A]s you know,” the RSI email continued, “letting a piece of code out at this stage for this kind of a game just has never been done before.”

That’s simply not the case. Star Citizen is not the first game to release a pre-alpha. Other developers have done it and they’ve done it better. You need only look at the stability of Elite: Dangerous’ releases to see how a very similar game has managed to get the launch of the backer’s build right.

There have been numerous patches released over the last fortnight but none of them have addressed any of the issues I’ve encountered. Instead, the only difference I can make out (between the strobing colour) is that the podium where your spacesuit’s helmet is mounted has been moved.

Star Citizen is still years from release but, for me, right now, it’s completely unplayable.

And that’s a frustrating disappointment.