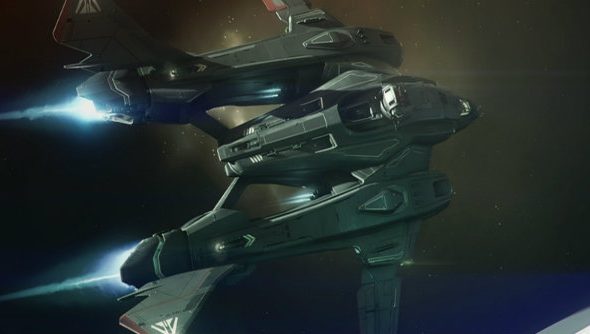 Your first hit is free. If you want to try Star Citizen out before spunking your life savings on an imaginary ship, Cloud Imperium are offering a Free Fly pass for every player for the next week.

Space sims are making a huge comeback, so why not try out everything in our list of the best space games on PC.

The Free Fly pass grants full access to Star Citizen Alpha 2.1.2 which includes a condensed version of Star Citizen’s persistent universe – with multiple space stations and environments, scripted missions, places to explore and more – its Arena Commander dogfighting mode, and the Social Module that shows off one of the many landing zones of the final game; a place to interact and chill with other players.

If you want to try it out, just head over to Star Citizen’s registration page and set it up.Free Fly accounts will have access to the Hornet F7C military fighter, the Aurora LN starter and the Mustang Delta interceptor.

This Free Fly week is clearly a move to convince more players to pledge before Cloud Imperium split Star Citizen and its single player, Squadron 42, into two packages, essentially getting two games for the price of one.

“At the December livestream, we announced that Squadron 42 and Star Citizen will be split into two separate packages in the near future,” says the blog update. “To update on this: the split will occur on February 14th.

“Squadron 42 will be available as either a standalone game or an optional addon for Star Citizen rather than be included by default. If you want to lock in both games for the lowest possible price, consider pledging before this deadline.”

So if you’ve been sitting on the fence about Star Citizen, now seems like the best time to try it out.

We recently asked a bunch of developers what they would do with Star Citizen’s $100m funding, so why not have a read of that before you do.