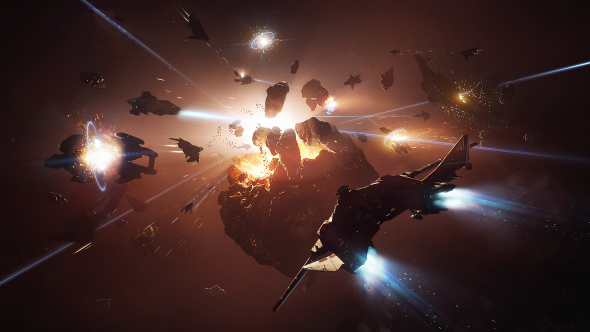 Cloud Imperium Games just released their monthly development breakdown for Star Citizen and it’s absolutely massive. It’s almost as if they feel like they have something to prove, breaking down every single bit of progress they’ve made, from on-ship engineering to improved animations.

The first major bit of progress is that aforementioned engineering. Now, all ships have heat and power components. Both of these things will be carried through pipes on your vessel, and the team is just finishing up implementing those pipes. If it sounds complex, that’s because it is. As with all Star Citizen, there’s a ridiculous attention to detail, to the point where heat sinks will not only handle temperature and shutdown of components, they’ll also affect your infrared signature.

Elsewhere, Star Citizen’s ship team have made decent progress on a new ship, the Anvil Terrapin, now working on the cockpit, the engines, the landing gear, and a bunch of other finer details. All the game’s existing assets have also been given another pass, to make sure quality is consistent. On top of these changes to assets, the animation team has also implemented some character model changes, making sure character hands look right in both first and third-person.

These kinds of little tweaks and updates have been happening across the tech, the art, and even the narrative teams. This goes for each of the studios, all working their way across all disciplines – sound, level design, system design, and more – and you can see it all in the lengthy post on the official site.

Even Foundry 42 are making good progress with Squadron 42, Star Citizen’s single-player spinoff. There’s been advances in VFX, procedural terrain, cinematics, and the game’s survival elements. Again, have a look at the link above for a full lowdown.