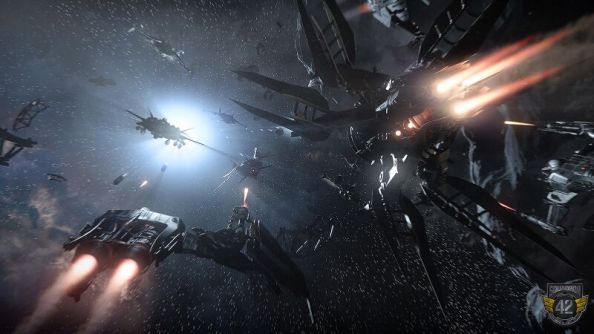 In his youth, Chris imported expensive cars. Now his indulgent hobby is Star Citizen, to the tune of “about $30,000”.

Fancy a dance in the vacuum? Try one of the best space games for PC.

There’s a question you might be asking: how could Cloud Imperium have possibly pumped out enough digital spaceships to meet that figure? Well, they haven’t. Chris has bought into literally every option available to crowdfunders so far – becoming a Completionist and member of the Million Mile High Club for $15,000 – and then “multiple of everything, many times”.

“It didn’t start out that way,” the backer told PC Gamer in a fascinating and wide-ranging interview. “When I started getting into the game years ago, it was this and that, and this and that. And then after I started to see the product mature, I was convinced it was what I dreamed of, and was hooked. I went in deep.”

Chris works for a “very large” computing operations company, but says he’s funded his Star Citizen habit entirely through second jobs. Although his wife and children are in on the secret, he’s hidden the truth from his parents, who he believes wouldn’t understand.

“There’s three people that have been influential for my entire life,” he explained. “One was John Carmack, one was Steve Jobs, and one was Chris Roberts.”

Chris the backer spent a decade playing WoW, and loves the social aspect of Star Citizen. He echoes a lot of the devotees I spoke to at CitizenConlast month – part of a community fully-formed long before its focal point.

And as the twin visions for both Star Citizen and Squadron 42 fill out under Roberts’ supervision? “I know that I’m going to spend more.”