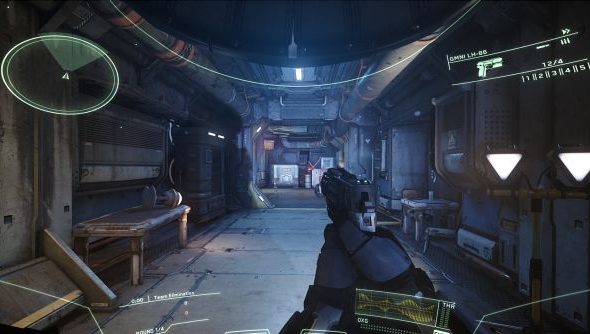 Ever since the recent alpha of Star Marine – Star Citizen’s FPS module – people have been reporting cheaters, aimbotters and other virtual miscreants. Wherever there’s a game with guns in, whether it’s finished or not, there are always people out to ruin the experience for everyone else.

Luckily, Cloud Imperium Games say they are committed to dealing with the problem, though they’ll need the community’s help.

After reporting a suspected cheater, one forum user got this response from CIG:

“We are aware of the issues and have always been working towards iterations of Star Citizen to address these issues.

“We have a Zero-Tolerance Policy for the use of Cheats and the use of said Cheats are a breach of our Terms of Service, resulting in a closure of an account and access to Star Citizen without a refund. If you would like to report individuals in the future, we will require Video Evidence.”

This request for video evidence has stirred the community up a bit, as not everyone has video capturing software constantly running while playing games.

Other games, such as Overwatch, don’t always require you to send video evidence with a report, either via email or through the in-game reporting system, but it’s still a very helpful addition.

A CIG representative took to the forums to address concerns.

“Cheat prevention in Star Citizen and Squadron 42 is a priority for us, and we have gathered lots of feedback from internal and external sources since the initial release of Star Marine,” they said. “Rest assured, we have already begun banning violators as well as working on short-term, and long-term solutions for preventing the use of third-party programs.

“Requesting video evidence helps us achieve a few things – It substantiates claims made by players, which we compare with our internal data, and it helps us improve the functionality of our tools to better combat cheaters proactively.”

So for now it’s the only option, but CIG are working on making it harder for cheats in the future. Let’s mark that as another thing on the lengthy to-do list, then.