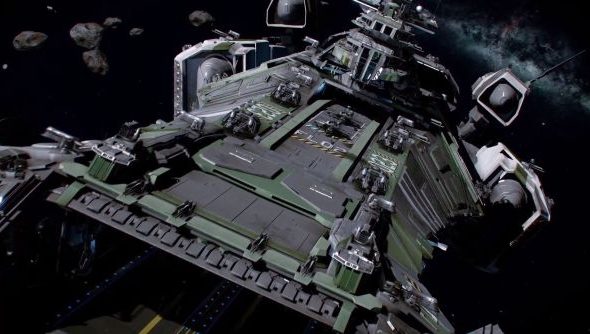 In a recent Star Citizen Q&A with Robert Space Industries, the developers behind the mammoth crowdfunded space sim have estimated that the client will be around 100GB big at release. What’s more, due to assets that are at times 200MB each, patches could be anywhere between 2GB to 20GB in size.

Shortly after fans were assuming that Star Citizen would use compression techniques to reduce the client size to something nominal, RSI developer JMasker stepped in to clarify. “As I have already said,” JMasker reaffirmed, “I would not count on this. The game compression and asset removal is unlikely to yield such high gains that we will be able to reduce our client size to 30-40gb. The size and number of assets that are left to deliver means that our client size is much more likely to be 100gb.”

This rather bloated estimate also extends to patching the game. “Again, each patch has 100s of assets,” JMasker said, “[and] each of these assets are at times 200mb, this leads to 2-6gb patches, and if we end up doing a file type re-factor and have to re-download 30-40% of the assets on the hard-drive, then the patch will be 14-20gb.”

With Star Citizen’s release still somewhere in the realm of 2016, there’s time for this estimate to change, hopefully for the better. Otherwise, you may have an additional two or three day wait on launch if you’re afflicted with slow internet speeds.