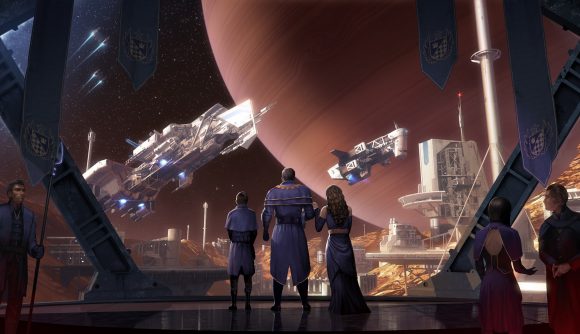 “So imagine Crusader Kings, right, except it’s in space.” This is how we imagined the elevator pitch went for Star Dynasties, an upcoming space 4X game from publisher Iceberg Interactive and developer Pawley Games that wants to go all Game of Thrones with intergalactic politics. It’s due to launch onto Steam Early Access later this month.

Much like Crusader Kings, this grand strategy game will focus less on management and mechanics, and more on emergent narrative and role-playing. You must lead one of a number of factions who’ve emerged out of the chaos that stemmed from the destruction of Earth, causing an interstellar ‘Dark Age’ as the survivors struggled to cope without humanity’s home to guide them. Those that remained have banded together into feudalistic societies, which is where the game starts you off.

Freed from the shackles of history, Pawley Games is free to explore role-playing a bit more in Star Dynasties. For example, you get to customise your starting character before leading them and their family through the trials the game will throw at you. The science fiction setting also lends itself to more imaginative character interactions, especially in the realm of intrigue and politics.

Here’s the official trailer, if you want to get a sense for the mood: 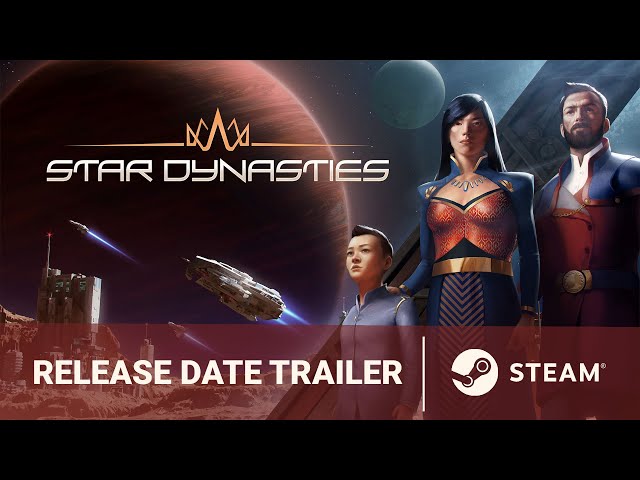 We want to get our hands on this game to find out more, as going by the description it’s quite possible the developers are focusing more on the narrative elements than even Crusader Kings does. There’s definitely an emphasis on the story telling at least, but hopefully the management/strategy layer is robust enough to make it fun.

This is the debut title from UK-based Pawley Games, and the team has been taking things slow since Star Dynasties was officially announced back in late 2019. The studio signalled its decision to launch into Early Access first in February after a closed beta session that ran over winter.

Star Dynasties will launch onto Steam Early Access on March 16.