There are many reasons to celebrate Star Trek Online but the most recent of them is the Season 14 update that arrived last week – titled Emergence. Not only does it feature Starfleet Captain Geordi La Forge, who has been reprised by Star Trek: The Next Generation action LeVar Burton, he stars in his very own mission called Beyond the Nexus. It’s all to mark the 30 years it’s been since The Next Generation kicked off.

If you haven’t already, you can jump into the all the new season’s content right now on PC. But before you do fly off, stick around, as below we have a special giveaway that you won’t want to miss out on if you’re an avid Star Trek Online player. 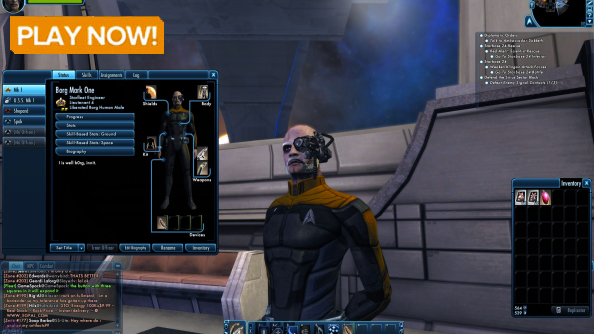 The first part of our giveaway is a Tezenkethi Shuk Din Escort [T6] that we will be giving to five lucky winners. It’s a very powerful ship, with high manoeuvrability and immense shielding capabilities for its size. More details:

“It comes equipped with the latest in Tzenkethi shield technology, which allows the starship to massively increase defensive capabilities along all non-Forward shield facings. The forward array is tuned to offense, increasing the damage dealt by the ships’ weaponry against any foe within their forward-facing 90-degree arc.” 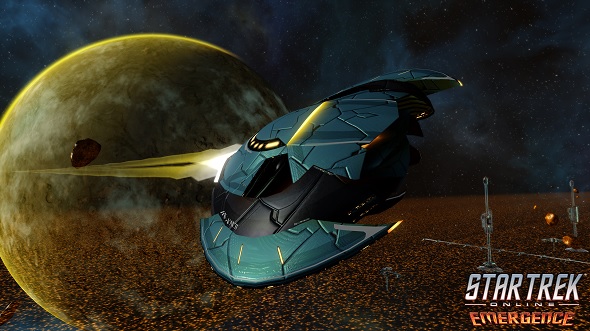 As said, we only have five of those to give out to winners, but we do have more. Another 100 winners will receive the Accelerated Officer Training Pack, which unlocks a retrofitted 23rd-century Constitution-class Cruiser (T1), a large experience booster, and free gear requisitions from level ten through 50.

If you want to put your name into this giveaway to be within a chance of winning either the Tezenkethi Shuk Din Escort [T6] or the Accelerated Officer Training Pack then you can do so via the widget below. Every action you complete is worth one entry into the giveaway, and the more actions you complete the more chance you’ll have of winning. We’ll also need your email address so we can send you a code upon winning – we won’t send you spam, we promise.