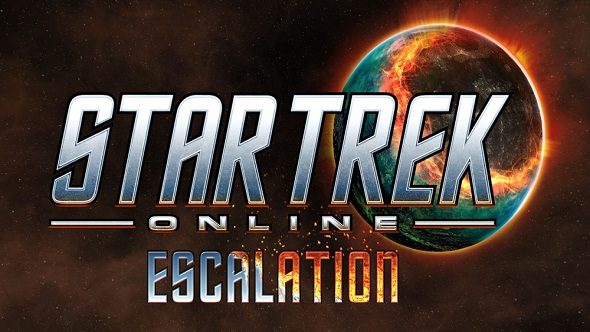 Captain’s log: We’ve discovered some great PC space games on the surface of the alien planet.

Mixing both combat trials and puzzle solving, there are currently two War Games on offer: Core Assault and Binary Circuit. Core Assault is the space trial, with players flying through the depths of a space station to see which team can cross the finish line first. Binary Circuit is the ground trial, with captains solving a series of puzzles and challenges while trapped within a Borg cube.

Completing these challenges will unlock new class-specific ships and other goodies. In order to balance these War Games, Star Trek Online has introduced the new Player Potential System, which should match players of a similar skill level together. There has also been a substantial rebalance of the game’s space combat, which should hopefully bring the ships at the top and bottom of the game’s power curve into line.

As for the story content, the new ‘Mirrors and Smoke’ episode has space captains working together with the Lukari to stop the Tzenkethi advance. Set on the planet of New Kentar, players will explore a bustling city as they discover the the Lukari may possibly be hiding something. You’ll want to set your phasers to kill when searching the mean city streets.