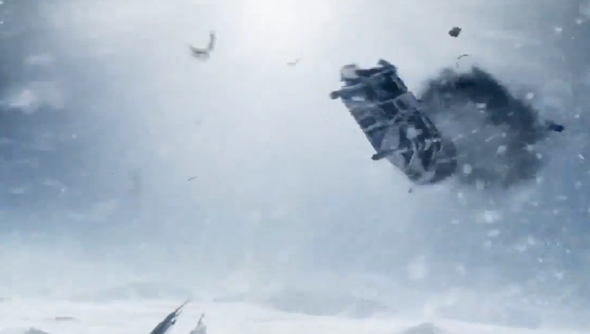 Star Wars Battlefront is back. EA have announced today at E3 that the multiplayer shooter is returning for the next-generation, powered by Frostbite 3.

Very little was shown of Battlefront, but the snowy fields of Hoth, a brief blast of lasers and a spiralling Snowspeeder was all that was needed to show that Star Wars was back. A looming AT-AT foot finished the picture.

No studio was named, but in a post-Lucas Arts world, your guess is as good as ours.