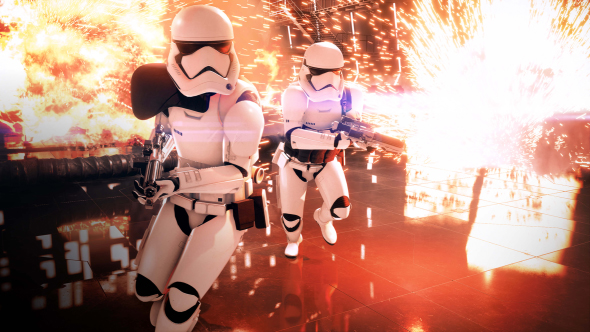 Read this, you must – the best Star Wars games on PC.

On a Star Wars Battlefront II forumfans were allowed to submit their questions to the development team. Developer Dennis Brännvall confirmed a Clone Wars DLC will be released for the game and that player customisation is also on the way.

When asked by a fan whether there is “any news on more customization,” Brännvall simply replied, “yes.” His response was the same when asked if there would be “any clone wars content?”

Battlefront fans have been hoping for a Clone Wars DLC for some time, though DICE haven’t confirmed they are working on one until now. However, rumours of player customisation have been circling for a while, primarily due to a video leak last year showing a PC version of the game with a ‘change appearance’ option (via GameSpot). Brännval also teased customisation during a Reddit AMA.

In addition, Brännvall also revealed we could see a Conquest game mode in the future.

“We’re obviously hearing the requests about a more open, free-flowing large mode like Conquest,” Brännvall says. “Not sure if porting a mode over is the right way to go, but we’re definitely working on satisfying that request.”