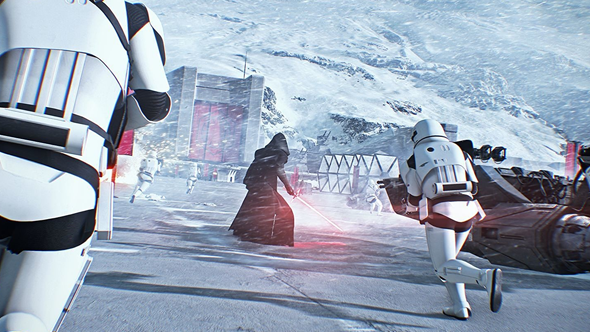 Even without microtransactions, we found problems with Star Wars Battlefront 2 in our review.

The news came from one of the bank’s analysts, Justin Post, and was reported by CNBC. Post wrote that “EA has had a challenging C4Q [fourth quarter], beginning with the shutdown of Visceral Games and now Battlefront 2 (BF2) controversy.” However, Post did also predict that the value of EA shares would pick up in the new year thanks to a stronger set of games, “renewed digital optimism”, and the relaunch of Battlefront 2’s microtransactions.

According to Post, EA had been hoping to sell 14 million copies, but in light of backlash since launch, Post says it is likely to fall short of that by 2.5 million copies.

While there have been suggestions EA may not bring microtransactions back in Star WarsBattlefront 2, Post disagrees saying they’ll likely return in the new year and could push the game to earn over $100 million.