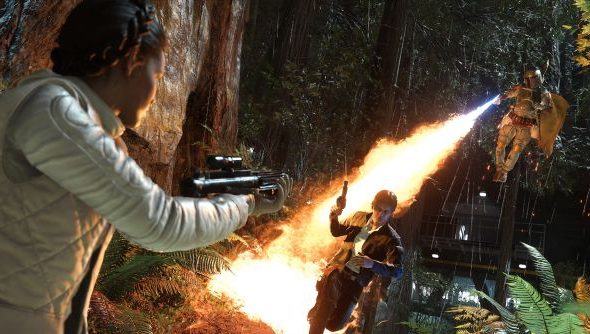 We already know that Battlefront has more content on the way. The free Battle for Jakku prequel battle for The Force Awakens is coming for all players in a couple of weeks. There’s also the much-maligned (and rather expensive) season pass, though the details of what it may contain have remained unconfirmed. But now it’s been revealed that more maps will be making their way to the game, and for free.

Get acquianted with everything you need to know about Battlefront.

On a post on the official blog, Executive Vice President Patrick Söderlund says the following:

“We will be adding more of what you love about the game, like new maps and Star Cards, for free in the coming months, in addition to all of the content we have coming with Season Pass.”

This is good news, obviously, but the sort of thing we’d expect to have heard about by now. Just from a business standpoint, surely you want to mention your game will have large, free updates for at least a few months during that pre-order cycle? I can’t think of anything more likely to get dedicated gaming fans on side, which is really the demographic Battlefront has the most problems with, given the pull of Star Wars on casual- and non-gamers.

The hot-off-the-presses business tips of a staff writer aside, it should help to alleviate concerns that while Battlefront is big on spectacle, it’s low on depth. We should hear more about what will be available, and the mysterious season pass, soon.