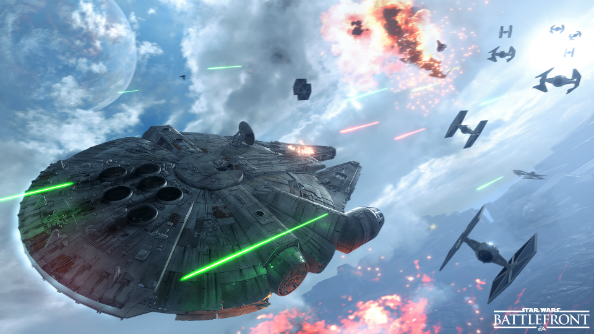 Update 17 Nov, 2015: Star Wars Battlefront is out now! If you want to learn the ways of the trooper before putting boots on the ground, take a look at this guide to everything in the game.

Star Wars Battlefront is kind of a big deal. Apparently, some sort of Force is strong with DICE’s epic online shooter. To help get you started before you jump head-first into hectic 40-player battles on Hoth, check out the guide below, which lists every Star Card, hero character, vehicle, power-up, character trait and Blaster in the game.

Battlefront not enough for you? Check out the best Star Wars games on PC.

Instead of having specific fixed classes, Battlefront has Star Cards. Before games you pick and match these weapon and ability modifiers in three-card hands. Want to be an extra deadly, extra jumpy, extra explodey sniper? Equip the Cycler Rifle, Jump Pack and Thermal Detonator. Leia sure would be proud of that last pick.

These cards must be charged up mid-match, hence the name. The likes of the Cooling Cell stops your weapon from overheating after a rapid burst of fire, while the Personal Shield protects against energy guns, though it’s useless against the sniping delights of the Cycler Rifle.

Power-ups are found dotted around Battlefield’s maps and can to turn the tide of a fight. The likes of the Smart Rocket (complete with a homing fire lock-on) and the Vehicle Turret are fab at taking down nasty AT-STs. If you want to guard against infantry attacks, meanwhile, the Proximity Bomb and Sensor Droid, which scans for then immediately attacks enemies, will prove oh so useful.

At the start of a round, three players from each side randomly spawn in as Heroes and Villains. These legendary Star Wars icons can crush most normal players, so best team up with your allies if you want to stop them quickly. While Vader, Luke and the Emperor get their Midi-chlorian magic on with abilities such as Force Choke and Force Dash, Han Solo can perform feats like the Lucky Shot to improve his shooting skills. 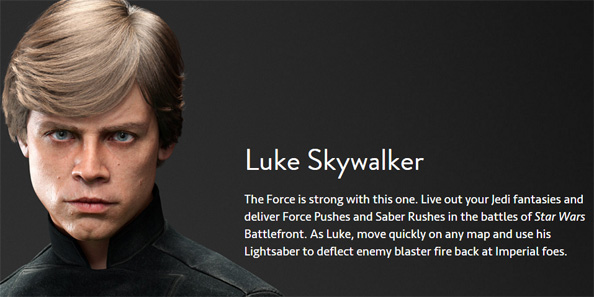 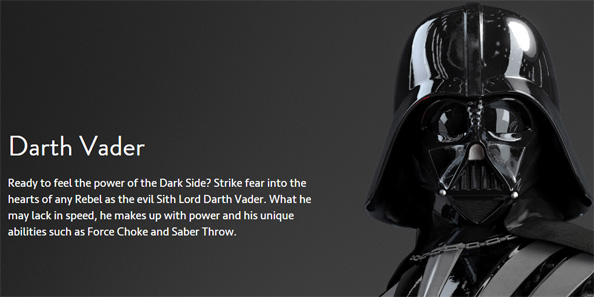 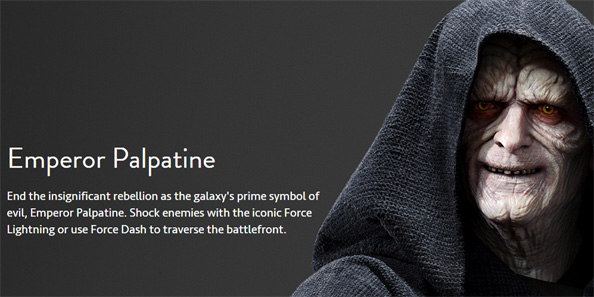 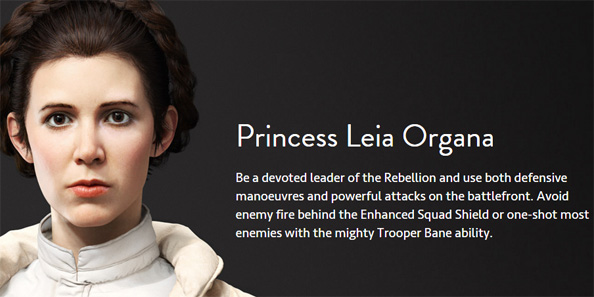 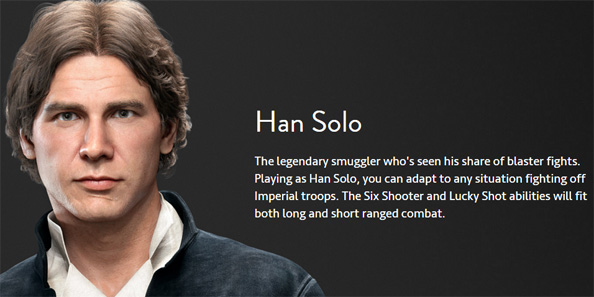 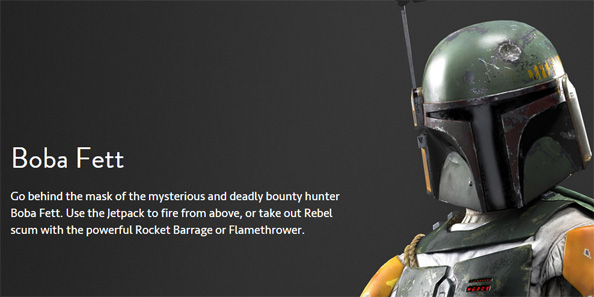 Or ‘guns’ if you don’t speak fluent Star Wars. They may not be as civil or elegant as a good lightsaber (Obi-Wan really wouldn’t approve), but these are Battlefront’s shooty bread and butter. The likes of the iconic E-11 often wielded by Stormtroopers are immediately recognisable. Though you’ve probably never heard of the retro-fitted Jawa CA-87 – a Blaster that essentially acts as Battlefront’s shotgun.

Modes like the dogfight-focused Fighter Squadron and the base-capturing Supremacy lean heavily on Star Wars’ most iconic ships and speeders. DICE has a whole lot of previous when it comes to crafting satisfying vehicles in their shooters, so piloting the likes of Han Solo’s legendary ride should be a blast.

Unlocking these passive abilities grants your soldier perks, like HP bonuses and increased shot accuracy. Three of the Traits below don’t unlock until you hit level 15, while Sharpshooter and Bounty Hunter open up at level 26.

That’s your lot. Which are your favourite power-ups? Let us know in the comments.