Those pesky dataminers have been at it again. This time they’ve been delving into Star Wars Battlefront’s beta code and pulling strings relevant to the final game’s content. If you’re looking to find out what vehicles, abilities, game modes, weapons and Hero characters will be in the final game, keep reading.

If you’d rather the game’s content was completely fresh and surprising, go read our piece about why Star Wars Battlefront’s Hoth feels unfairinstead.

Before I continue on, let me state one caveat: there is a chance some of the following details have been changed between the beta and the full game. However, it’s unlikely anything drastic has changed due to the short window between that and release. With that in mind, on we go. 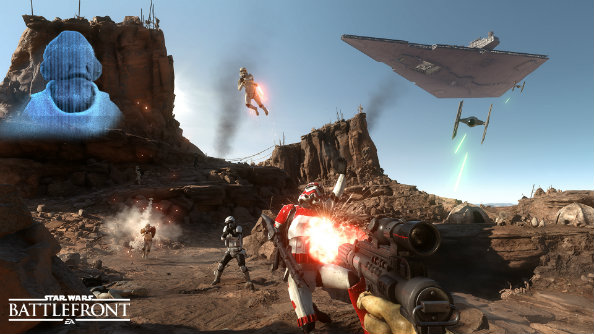 RT-97C: The RT-97C is a versatile heavy blaster, fitted with optics to allow use at long range.

A280: A280 is a sturdy and powerful blaster rifle that has a high rate of fire, excellent damage and long range reach. It has been adopted by the Rebel Alliance as its main battle rifle.

SE-14C: The SE-14C is a blaster pistol that fires 5-round bursts, making it ideal for close-quarter combat.

T-21: The T-21 is a robust heavy blaster that delivers massive damage at long ranges. Its only drawback is its slow rate of fire and lack of optics.

CA-87: The CA-87 is a retro-fitted Jawa blaster that is extremely deadly at short range, but near useless at medium and long range.

EE-3: The EE-3 is an optically fitted Blaster Rifle capable of 3-round burst fire at long ranges.

DH-17: The DH-17 is a fully automatic blaster pistol. Its high rate of fire, along with reasonable accuracy, make it an ideal weapon for medium-range combat.

DLT-19: The DLT-19 is a heavy blaster with an excellent rate of fire that deals heavy damage at long range, capable of pinning down troops and taking out large groups of enemies.

DL-44: The DL-44 is one of the most powerful blaster pistol in the galaxy. It delivers massive damage at close range, but overheats quickly.

E-11: A powerful and accurate blaster rifle, the E-11 is ideal for use in all environments. It has been adopted as the standard weapon of the Imperial Forces.

A280C: A280C is a sturdy and powerful blaster rifle that has a high rate of fire and excellent firepower. Modified from the A280 rifle, it was the favored weapon of Alliance commandos.

T-21B: The T-21B is a more refined version of the T-21 model, with added scopes for zoom capability and a slower fire rate to ensure high precision at long range. 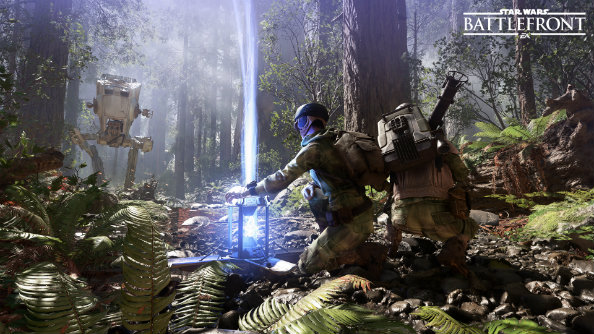 Thermal Detonator: The most popular and widely used grenade in the galaxy. It is easy to use and has deadly results.

Impact Grenade: Having a smaller blast radius than a Thermal Detonator, the Impact Grenade explodes directly on contact with any object.

Pulse Cannon: An incredibly powerful long-range rifle utilizing the frame assembly of a DLT-20A, the so-called “pulse cannon” has become the weapon of choice for many sharpshooters. The power of its shot is dependent on the charge-up time.

Cooling Cell: When activated, vents heat from your main weapon and prevents further heat build-up for a short period of time. Cools down the primary weapon so that it does not overheat for X seconds.

Thermal Imploder: The Thermal Imploder compresses and heats the surrounding atmosphere, creating a vacuum that produces a violent implosion within a massive radius.

Cluster Shot: Adds an explosive splash to the primary weapon.

Barrage: The MPL-57 (Multi-Purpose Launcher) Barrage fires a volley of 3 grenades with a short delay fuse.

Homing Shot: A homing rocket that locks on to enemy soldiers from afar.

Scout Pistol: A light side-arm effective at taking out opponents at close range. Quickly loses its capabilities at longer distances. The Scout Pistol is the perfect close range weapon to switch to when your primary weapon is in overheat.

Bowcaster: Depending on the charge-up time, the Bowcaster fires one or more explosive bolts in a horizontal arc.

Personal Shield: The Personal Energy Shield provides protection from energy weapons. However, it offers no defense against kinetic weapons like Cycler Rifles and grenades.

Ion Shot: A modification which allows your primary weapon to fire ion charged bolts, making it very effective against shields, droids, and vehicles.

Jump Pack: Back mounted Jump Pack that utilizes burst thrusters to allow its user to jump over large distances. It is well suited for traversing obstructions and evading danger. Although the Jump Pack does not allow for sustained flight, it offers troops a reliable alternative to move quickly across the battlefield.

Smart Rocket: A rocket that can be dumb-fired at any target. Automatically switches to guided mode when it detects an enemy vehicle. The experimental SoroSuub Rocket was intelligent enough to be fired in dumb mode, then switch to guided mode mid-flight if a target of opportunity appeared.

Card Refresh: Resets the cooldown on all of your cards.

R5D4 Droid: This droid patrols the immediate surroundings, scans for enemies, and attacks them on sight.

Viper Probe Droid: This droid patrols the immediate surroundings, scans for enemies, and attacks them on sight.

Proximity Bomb: A powerful explosive that triggers when enemies are nearby.

Blaster Cannon: The Mark II is a deployable blaster cannon that uses devastating firepower to keep the enemy at bay.

Scan Pulse: A 360 degree pulse burst that reveals enemy soldiers, even if they are behind cover or out of sight. 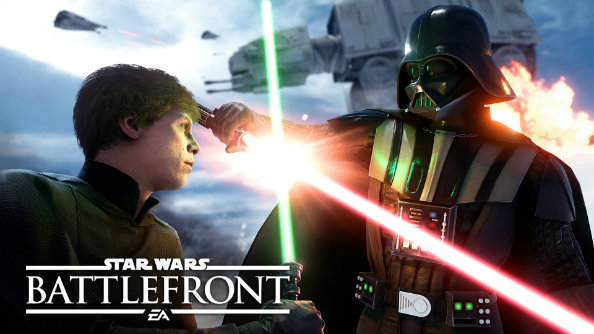 Heroes and their abilities:

Princess Leia: Trooper Bane (one shot most enemies for limited time), Supply Drop (help your allies with special powers), Enhanced Shield (set up a shield to protect allies), Combat Roll and Alderaan Honor Guard can spawn on you. 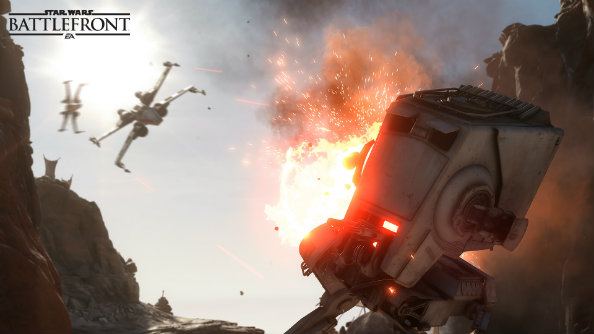 Walker Assault: Battle over the massive AT-AT’s in this mobile attack & defend game.

Droid Run: Three droids are moving around on the planet. Rebels and Imperials must fight to claim them.

Cargo: Rebels and Imperials are fighting over possession of cargo. Infiltrate the enemy base, steal their cargo and bring it to your own base. Capture the flag, then.

Fighter Squadron: Rebel and Imperial Star Fighters struggle for control of the skies. The side that takes out the most opponents (both Human and CPU-controlled), as well as the escaping troop transport ships, wins.

Hero Hunt: One player becomes the Hero and takes on a squad of enemies. If the Hero is defeated, the next player is up.

Heroes vs Villains: Rebel and Imperial Heroes engage in combat. If a Hero is defeated, the player will return as a trooper. If one side takes out all enemy Heroes, they win the round. 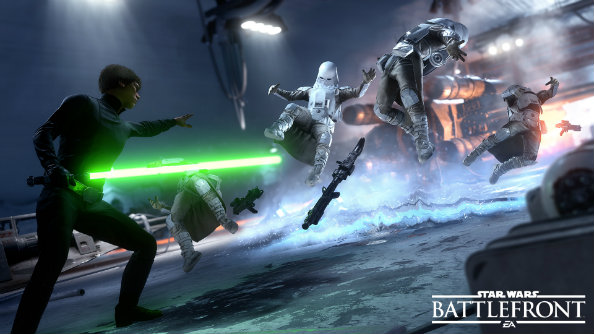 The huge information dump also details all the missions and achievements, but that veers a bit too far into spoiler territory for my liking. However, all this information gives you a good idea of what content you’ll be getting with the base game and allows you to make an informed buying decision.

What do you think of the new details? Does any of it make you Hoth under the collar? Let us know in the comments.