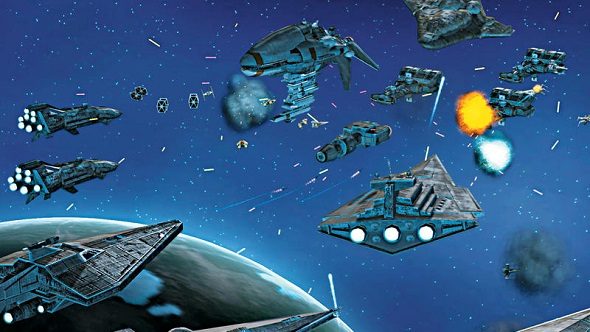 There’s been an awakening. Have you felt it? Ten years after the release of Star Wars: Empire at War, a Steam update has brought its online multiplayer back onlie.

Return to a galaxy far far away with our list of the best Star Wars games on PC.

In a collaboration between Disney and the original developers Petroglyph, a special patch has reactivated Empire at War’s online multiplayer, along with adding support for mods via Steam Workshop. Empire at War was one of the many games that lost their online play fucntionality following the shutdown of GameSpy back in 2013. Since then, galactic commanders had to use services like Gameranger if they wanted to play Empire at War against their friends.

Luckily, this update restores Empire at War’s online functionality, allowing you to connect to other players without the use of third-party programs. Petroglyph have also fixed up some long-standing bugs and finally added windowed support for this ten-year-old RTS.

For those who have never played Empire at War, it’s remembered mainly for its expansive Galactic Conquest mode, where players take control of either the Rebel Alliance or the Empire and vye for control of the entire galaxy. Commanders have to balance resource gathering and technological research, while fending off attacks from enemy factions. Battles could take place either on the ground or in space, with space battles being the true highlight. Players could create huge armadas and even bring giant ships like the Super Star Destroyer into combat.

If you already own Empire at War, the multiplayer update is available on Steam for free right now. To celebrate the reactivation of multiplayer, Star Wars: Empire at War is on sale on Steam, going for 50% off at $9.99/£7.49. For those jumping in for the first time, I recommend downloading the Thrawn’s Revenge overhaul mod which acts like a free third expansion to the already massive RTS.