A recent set of mods for Star Wars Jedi: Fallen Order has now made it possible for players to undertake Cal Kestis’ journey as none other than Din Djarin, aka, The Mandalorian.

According to SteamCharts, Respawn Entertainment’s 2019 action-adventure addition to the Star Wars franchise has seen a surge of players chopping away at their Imperial foes – from Bogano to Nur – throughout November. October 30 also saw the beginning of The Mandalorian’s second season. Coincidence? We think not.

The titular character of the hit Disney+ space Western requires several mods to reproduce. First and foremost, AlexPo’s Mandalorian skin replaces Cal’s with that of Din Djarin’s season two attire. This mod currently includes the bounty hunter’s body, helmet, cape, and jetpack, with the modder also hoping to add the tools of Mando’s trade at a later date. When combined with Danbrother’s ‘Muscular Cal’ and KillerCarth’s ‘Cal Voice Changer’, the Mandalorian truly comes to life. You can even hide BD-1 with another of AlexPo’s mods.

Although, yes, Mando’s blaster and flamethrower are currently unavailable to him, adding SooperSnell’s ‘Sabers Pack’ in-tandem with BigTP’s ‘Rare Kyber Pack’ allows you to recreate the Darksaber: an ancient weapon created by the first Mandalorian Jedi, Tarre Vizsla. Immersion restored.

All of the above mods can be installed either manually or through a mod manager such as Vortex. Here’s a great video showcasing the final build. Be warned though as it does contain spoilers: 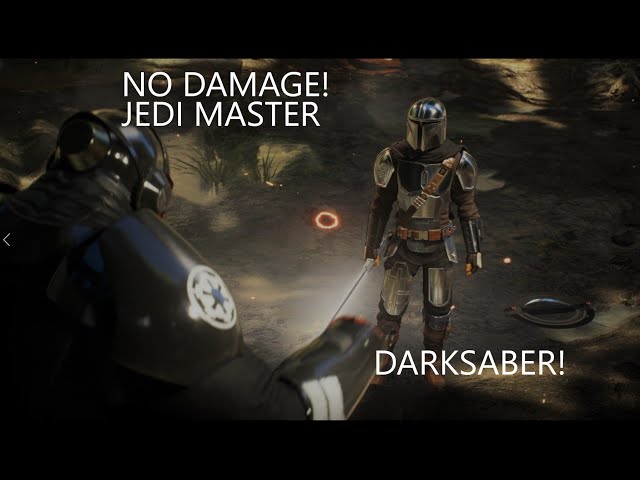 With the introduction of custom code to Jedi: Fallen Order, it seems that even more exciting possibilities are beginning to open up to players. It could only be a matter of time before we see BD-1 replaced by The Child (don’t worry, ‘it’s not Baby Yoda’ gang, we’ve got you).