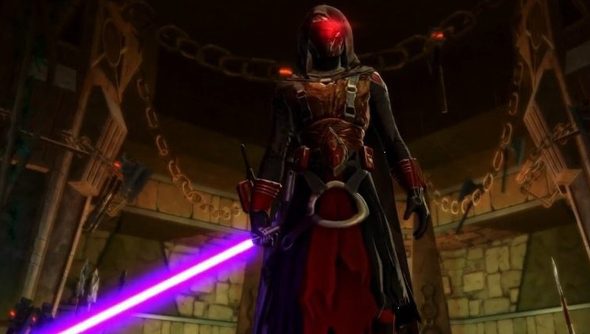 This might just be the best way to play Star Wars: The Old Republic – stuffed with stellar single-player stories but hampered by the trickling rate of XP in free-to-play.

BioWare are desperate to force-pull you back into their MMO ahead of its upcoming nostalgia-fuelled expansion, Shadow of Revan. To that end, they’re offering a faintly ludicrous 12x storyline XP boost to players who pre-order the expansion and subscribe before December 1.

“With this fast pass to Level 55, advance 12x faster as you immerse yourself exclusively in class story missions,” reads BioWare’s sell.

Just to clarify that point: the temporary XP amplification is restricted to the unique missions tied to each of SWTOR’s eight classes. But that’s okay, because they’re absolutely the best part of the game.

We’d recommend beginning with the Imperial Agent. She’s nominally an assassin, spy and saboteur, but the reality is less glamorous and infinitely more interesting – she’s the janitor of the Empire, clearing up the diplomatic messes left by impulsive and unpredictable Sith lords. You’ve never played an RPG like it.