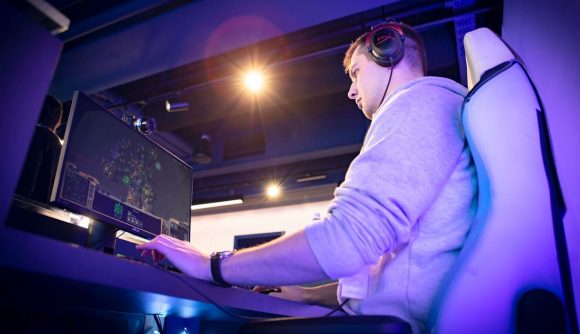 Earlier this year, a branch of the DeepMind AI called AlphaStar took on a pair of StarCraft pros and managed an impressive win record of 10-1. It’s not a perfect record, and the folks behind Deepmind AI are looking to improve. You could soon be competing directly against the AI for yourself – but you might never know for sure.

AlphaStar will play a “small number of blind trial games” against real people on the normal European StarCraft 2 ladder. You’ll have to opt-in to matches against the AI, but once you do all the normal matchmaking rules apply – AlphaStar will just be another anonymous player on the ladder capable of playing any race, and your MMR will be affected as normal based on the results of the match.

The people at DeepMind will take the data from these matches to inform further research, with results to be reported in a scientific paper alongside replays of the AlphaStar matches. The AI branches competing here won’t feed back into the algorithm itself, though, so you won’t actually be teaching the machine.

The AI has a few more human-like restrictions in place than it did during the demonstration matches in January, including more limited APM. On the official site, the folks behind the AI say the restrictions “have been applied in consultation with pro players.”

You can watch those demonstration matches above.

Read more: Log into the best multiplayer games on PC

We got a more in-depth look at DeepMind earlier this year, and you can follow that link for details on the science powering its StarCraft 2 play – while you prepare for an impromptu Turing test, of course.