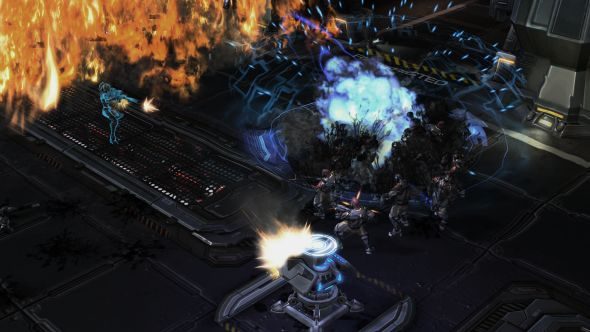 If you’ve been enjoying SC2’s Nova Covert Ops mission packs, it’s time to savour them – it looks like there won’t be more for some time after the third pack comes out later this year. Speaking to Blizzard at Gamescom, they said that while reception has been positive, it isn’t part of their plans “as we move forward into 2017.”

Better find another great strategy game for your single-player leanings.

“The response so far has been very positive,” says Matt Morris, lead campaign designer now working majorly on the Allied Commanders co-op mode. “As far as continuing it, at this point we aren’t pushing for any more mission packs, we’re really focusing on the multiplayer and a lot of the co-op content as we move forward into 2017.”

It’s a shame, as I’ve been personally enjoying them, and it does sound like feedback has been positive. “All the feedback that we’ve [had, people are] very excited to explore a new space in the StarCraft universe. Before you’re dealing with a very large galactic war, Amon’s forces are going to destroy the universe. Now we’re dealing with something that’s a little bit more personal, a bit closer, we’re following a particular character that’s very popular in StarCraft lore, she’s trying to uncover this Dominion threat, it’s a little bit of a darker tone.

“We see that feedback, we hear things about mechanics, we try and incorporate that so that as we get ready to push out the final pack, we can start hitting those issues.”

When exactly that third pack will arrive hasn’t been announced, though its “on or before” date is December 1. Something to hold for a little preview at BlizzCon, possibly, or just one of Blizzard’s now-weekly content releases across their franchises. Clearly they’re still working on it, so don’t expect it for a while yet.