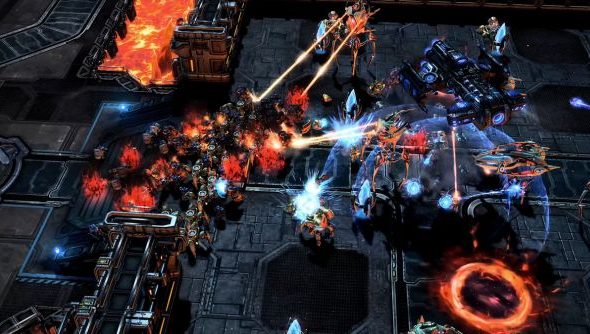 Co-op was one of the quieter additions to StarCraft 2 that came with Legacy of the Void. Neither the end of an 18 year single-player journey or the next update to a massive eSport, it was high quality nonetheless. Now Blizzard have developed some big new features to increase its longevity and give the more elite players something to strive for. These are coming in the next patch, 3.3, which should be launching soon.

Can’t wait for a patch? Try one of the best strategy games in the mean time.

There’s essentially two big additions. The first is mutators, that operate just as they have in Unreal Tournaments past – modifiers that make things different and harder in usually slightly wacky ways. Second there’s these mastery levels, which are similar to Diablo’s paragon system, where you gain additional xp after reaching the previous max, and can spend it on minor bonuses that stack over time.

They’re both fairly simple ways to extend playtime by a lot. Obviously the balance and design work on the mutator side takes time, but once they’re in place they can be applied liberally. It’s also using some of the Brawl tech from Hearthstone and Overwatch, so each week there’s a reset and a new way to play. One of these for the first go round is Time Lock, taking place on the Lock & Load mission, and breaks down like this:

Beating these weekly challenges gets you extra xp, which will be useful for advacing along the new mastery levels. More details on those, as well as further breakdowns of the mutators, over on the official site. No word on a release date for 3.3 yet, but this sort of announcement usually hits about a week beforehand.