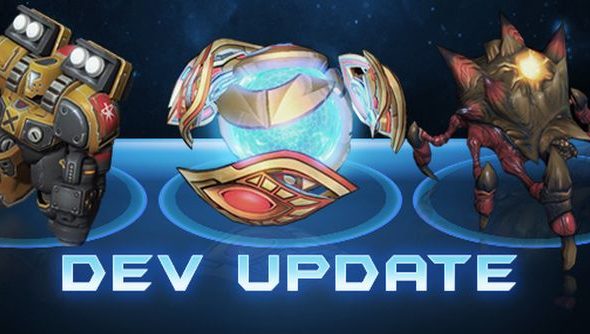 In a recent Starcraft II: Legacy of the Void dev update, Blizzard have revealed an astionishing experiment that could change Starcraft II forever. Blizzard are toying with the idea of slowing down the combat of Starcraft II, by decreasing the attack speed of all units by 40%.

“Is this a positive change that makes games better?” asked game balance designer David Kim. “We’re just not sure of this yet.”

Starcraft II pros dazzle us with their inhuman ability to move their hands and fingers at the speed of light. Seen as a staple requirement, being able to pump out hundreds of actions per minute is often the measure between an amatuer, and a professional player.

That might not be the case in the future however, as Blizzard are experimenting with the idea of slowing down combat across the board. “The biggest thing we tried here was reducing the attack speed of each unit by 40% and altering some damage values to compensate.” explained Kim. “Even though a change like this would seemingly have a huge implication on balance, we realised the gain wasn’t as big as we expected.

“We’re seeing that slower engagements seem to reduce the skill component in combat. Additionally, games feel more dragged out than before. But we’ve only had limited testing at this point, so we’ll continue to explore this area in more detail before making a final call.”

Additionally in the dev blog, Blizzard have also made the choice to remove the new Terran unit, the HERC, from the Legacy of the Void expansion. While it probably won’t return, Kim and his team are instead thinking of a new Terran unit that’s focused around “mid-field” support for bio armies, that also has the ability to construct.

Protoss meanwhile will receive a new unit altogether: the Shade. It’ll be a gateway combat unit with a ground-only ranged attack. The Shade has the unique ability to a copy of itself to a location, and after a fixed duration, will allow the Shade to teleport to that copy.

There’s many more subtle changes in Blizzard’s crusade for balance in the new Legacy of the Void expansion, you can read the entire dev blog here.