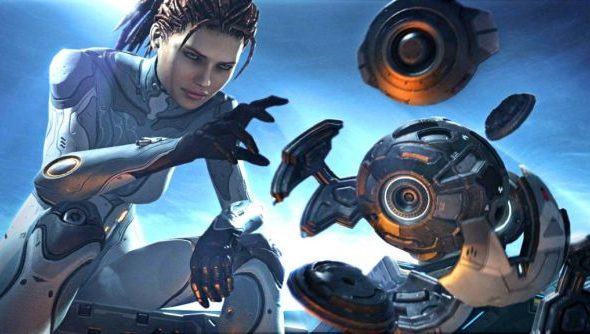 It’s getting ever closer to this year’s Blizzcon – Blizzard’s annual celebration of all their products, along with some long anticipated announcements. While there’s plenty going on with Warlords of Draenor, Heroes of the Storm and Hearthstone, Starcraft II has been a bit quiet since the release of Heart of the Swarm last year.

That was until Blizzard started to post mysterious sound clips of near-inaudible sound effects. What are they and what could they mean, we don’t yet know; we’ve got the clips below so you can try and work it out.

The first one was posted just last week:

Notice the distinct Zerg cry at the beginning, which is immediately followed by some sort of explosive mortar/missile strike. Terran are likely involved.

Here’s the second clip that was posted today:

This was is a bit more abrupt, but I can’t help but hear a resemblance to the Terran “Warhound” mech unit, which was cut from Heart of the Swarm before release.

The first clip was titled “See…” and the second “…You…”; an educated guess would place the third at “Soon”, and with Blizzcon just around the corner, the possibilities are endless. A timid guess would be three new units for each race, a hopeful one would be the announcement of next expansion: Legacy of the Void.

What do you think it’s all about?