At the WCS Season 3 Grand Finals last weekend, Frenchman David ‘Lilbow’ Moschetto came out on top against seven of the best players in the entire world. Not only that, he became the first non-Korean player to qualify for Blizzcon since 2013, and he beat the previous Season’s champion to get there. He is undoubtedly the best in the West, and we got a chance to sit down with him and ask just how he got it all done.

“They were actually quite ok with it because I wasn’t very good at school, I wasn’t really studying. I was working a bit but it wasn’t something I liked to do. They knew I could just spend 16 hours on the computer per day so from there… Even if they didn’t know anything about being a pro gamer they knew I would be successful.”

To you and me, 16 hours may seem excessive, but that’s the level these guys have to play at to even be competitive, nevermind actually win tournaments. Without that dedication you can become good, even great, even climb to the highest levels of the ladder, but you’ll quickly fall to true professionals. 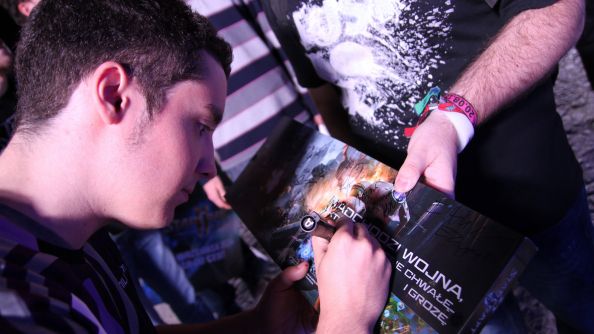 It’s also about the little things. Ensuring you have enough sleep before important matches. Lilbow said he was aiming for eight and a half hours before the final day, but was happy with the seven or so he managed. He keeps his head straight, not letting his immense popularity in the StarCraft scene get to him, reminding me with a smile that to the outside world he’s no rockstar. He has a passion for the game and believes he can continue playing well into his thirties.

“I would like to continue as long as I can. In a normal life, you are stronger between 25 and 35, so being ‘too old’ at 30 doesn’t really make sense to me. I think there aren’t very many old progamers right now because progaming is young. I just want to do this as long as possible.”

This sort of positivitycan’t be underestimated, but staying ahead of your competition is more than just running through build orders and staying happy. It’s about specific preparation.

Lilbow’s semi-final opponent, Anton ‘Zanster’ Dahlström, is both a relative newcomer and ridiculously good. Fabian ‘GunGFuBanDa’ Mayer, who played him in the semi-finals, told me that it was very difficult to find any information about Zanster before playing him – he doesn’t release replays, and he doesn’t stream. He’s a mystery, which combined with his great skill made him formidable. 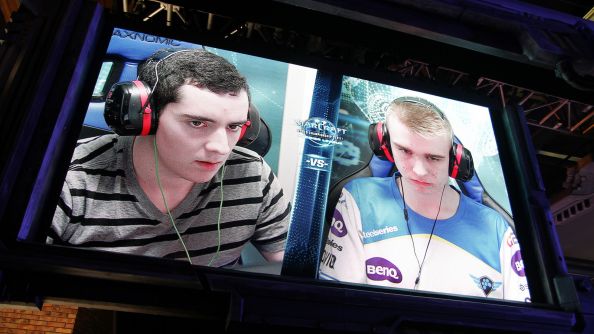 Lilbow managed to remove that advantage. “I had some information from some friends of mine. I already knew a little bit how he played. He can play everything, he didn’t show today, but he can actually play Mutalisk [too].”

It’s not all that’s required of course, and Lilbow pointed out that Zanster is so good that having information on him wasn’t as valuable as it could be – simply put, when someone’s good enough to do everything, you can’t prepare for anything. When it came to his finals match-up against Grzegorz ‘MaNa’ Komincz, he thought he had his fellow Protoss’ number.

“I think MaNa has pretty huge weaknesses. Even if PvP is a bit tricky he is not really using the tricky part. He always makes Blink basically.” 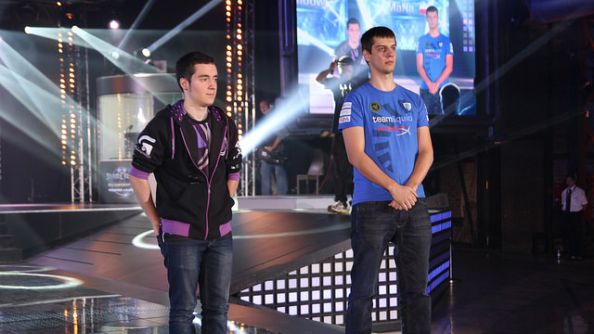 These predictions proved true. MaNa went for variations on Blink Stalker many times. For Lilbow to take the victory, he needed to plan. Speaking of…

Lilbow went into every game with a plan. These vary in complexity and length, but professional players always know what they need to do. Before he even knew which opponent he would be going up against in the final, Lilbow was prepared for the style of game he would be playing against either. For MaNa, defense would be vital.

“When he comes forward with his Blink Stalkers or whatever, he’s not macroing very well. If I play against him, I will play defensive. I think if I am solid in my defence I should be extremely fine.”

This worked out. Most particularly in the final game, Lilbow waited for MaNa’s well-timed charge, then out positioned him and destroyed his forces. Pushing back towards his base there was nothing to stop Lilbow’s ascension to the championship. 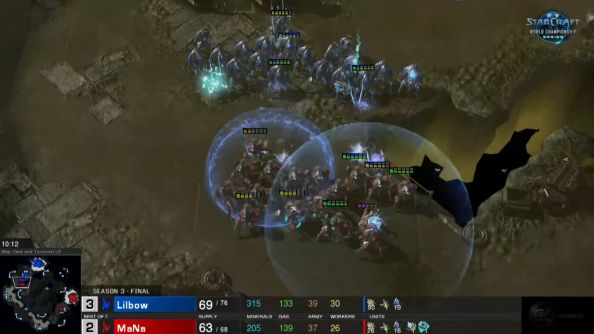 Everything went according to plan, though it took six games to do it. During the round of 16 Lilbow confessed that the racial mirror matchup was his weakest. Without this fore-knowledge, this awareness of where his strengths and his opponent’s weaknesses lied, he wouldn’t have stood a chance.

Picking the proper strategy is one thing, but you also need to be aware of the terrain. Hence…

Speaking to the champ, one map stuck out as significant: Iron Fortress. Lilbow says it’s heavily Zerg favoured in general, so requires some specific play. Talking about his loss to Zanster on it in game 2, where he started with a failed cannon rush, he explained why. 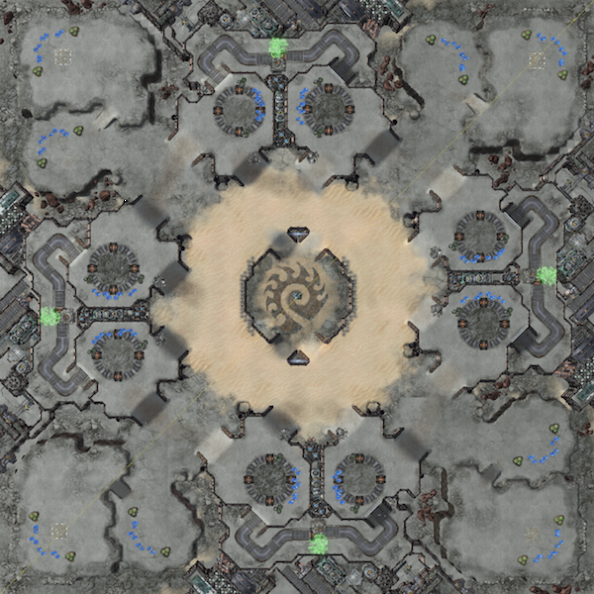 “I had to do something stupid basically. Against Hydra [on the same map] I went 2-base colossus. The only good thing for Protoss on this map is they can’t scout because if they run in with an Overlord, Stalkers can deny it really easily so you can hide whatever you want.”

Knowing his opponent hadn’t scouted, Lilbow saw a good path to victory “Because he had no information I expected him to just build Corruptors blindly and then he would die to the mass Stalkers.” This wasn’t the case – Zanster went Hydras instead and managed to have just enough in place before Lilbow’s offensive arrived.

But the Protoss’ strategy was good. Knowing Zanster would be favoured in a longer game, he went for something cheesy in the hope of catching him off-guard and taking a quick win. When it failed, he went all-in on a strategy that would be strong no matter what, but only if he committed everything to it. If Zanster had the correct defense and played well – something the young Zerg had already made a name for himself doing – he would still probably lose, but it was his best bet.

The most important thing though, is confidence. More than anything else…

Lilbow showed this positive mentality more than any other player all weekend, and in game 3 of his Quarter-Final matchup with Hydra more than I’ve ever seen from another player. To set the scene: Lilbow is 2-0 down in a best of three. Hydra is one of the strongest players in the world, beat him in the finals of the last WCS, and an easy favourite to win this one too. 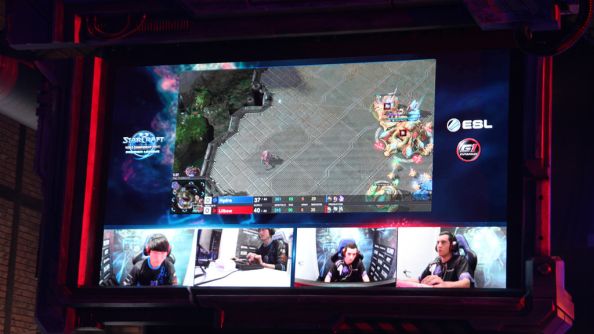 It’s also a classic foreigner vs. Korean match and all of us not inhabiting the Asian peninsula usually come out the wrong side of those. Lilbow himself is the last great hope that someone will go to Blizzcon with a different-looking flag – there’s a huge amount on the line and this game (not to mention those that follow) needs to go his way.

Naturally, Lilbow almost immediately takes some heavy hits. A poorly placed Pylon and a well-timed Roach rush from Hydra depowers the Protoss buildings and breaks the wall at the natural expansion that’s supposed to keep out the swarm. His army in tatters, his probe count dwindling and his second Nexus dead, nobody in the audience was under any illusion – Hydra was going to win.

Despite the seeming inevitability of his demise, Lilbow hadn’t waved the white flag. I asked him later if this would have been his reaction in a normal game, “I wouldn’t have GG’d on ladder. When you get all-in’d by a Zerg you have to keep playing because, from the Protoss perspective, you can’t really know how all-in he is. Like, he could have 15 drones, or 25, I just didn’t know.”

Hydra, it turned out, was closer to the 25 mark. “It depends what you call luck, but Hydra didn’t react well. He made drones instead of making an army. He was not careful enough about me rebuilding my second Nexus. I had to try something and fortunately it worked.” 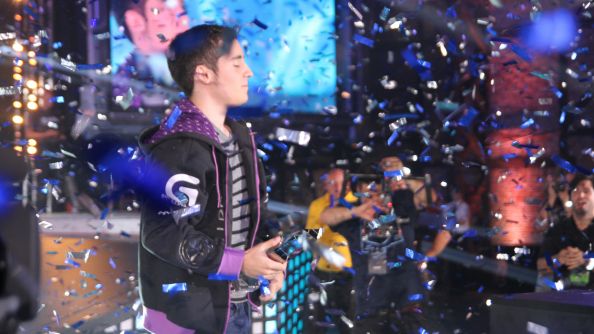 Lilbow didn’t give up, kept his chances alive and managed to win not only that match, but the whole tournament. Now he gets to be that foreign hope at Blizzcon and after the multiple miracles he managed to warp in to Kraków, I won’t ever count him out.