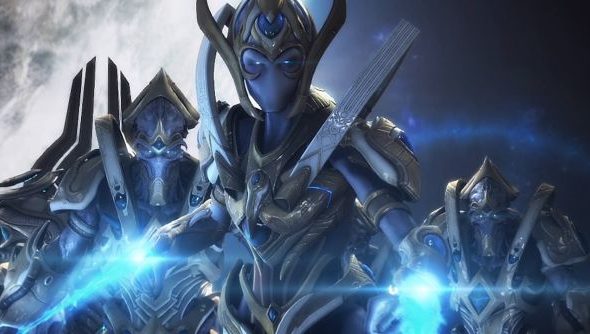 While Valve Time is an extremely well-known phenomenon, Blizzard Time is familiar to fewer – and yet affects just as many. The StarCraft II in-game clock records how long games go on, and was designed to move in real-time. But since most games are played at ‘Faster’ speed, StarCraft players tend to live at a quicker rate than the rest of us, like dogs or insects.

Blizzard are tentatively planning to bring the faithful of one of the best strategy games on PC back to real-time with their impending release, Legacy of the Void.

“We’d like to start thinking about committing to making this change,” wrote the developers.

“This change is looking positive so far,” they went on. “On our end, we see the advantages and disadvantages of going either way, and we’d really love to rely on you all to make a call in this area that you feel is best.”

Blizzard recognise that the eventuality to avoid is a menu option that splits the community between speeds, which would be disastrously confusing. Whichever time they settle on will be mandatory for all.

The developers are mulling over a related matter in game length. The StarCraft II team is currently working on an automated tournament feature, that would see players show up to play during allocated slots. They’d like to stop games from running over too dramatically, so they’re looking at installing a 30 minute – or ~42 minute in Blizzard Time – limit, after which a winner would be determined by XP gain.

“This number itself isn’t final, and we’ll be looking at how the actual tournament games turn out,” said Blizzard. “We can easily tune this as needed when we start testing automated tournaments.”

More broadly, they’d like to introduce a time limit around the hour-and-a-half mark for all standard melee games to avoid trolling. The reasoning is that changes coming in Legacy of the Void will make legitimate two-to-three hour matches a thing of the past.

Visit the Blizzard blog for more on the balance changes they’re mulling over. What time speed do you prefer to live in?