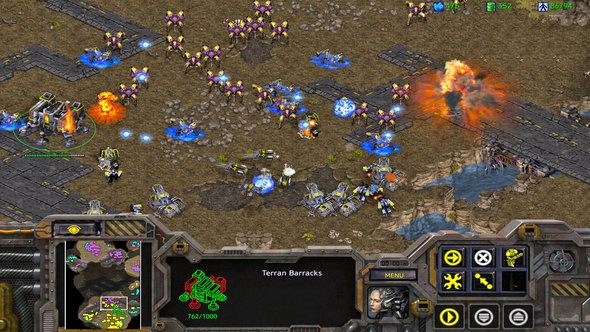 Blizzard’s StarCraft has reached levels of cultural importance that nobody could have predicted back when it launched in 1998. For nearly twenty years, it has been a mainstay of the pro circuit, practically becoming a national sport in Korea in the process. With a remastered version on the horizon, an informal set of interviews on the game’s official blog has given us some insight into what we can expect from the new take on the classic sci-fi strategy game.

For more intense strategy experiences, check out our list of the best strategy games on PC.

Brian Sousa, senior artist on the remastered edition and veteran of the original StarCraft discusses getting the feel right for those who have been playing regularly over the last two decades. “In Korea, StarCraft is like chess. It’s timeless” he begins. “We’re not going to rewrite the rules of chess—we’re not going to change how the pieces move—we’re just going to make it look better.” This attitude extends to both mechanics and visuals, right down to the silhouettes for the units, which have been kept identical to the original. “We kept the same silhouettes because we wanted you to immediately recognize them” explains Sousa. He goes on to say that the effect was so convincing that some observers failed to notice a difference, despite going from 32 pixels to a 4k model.

Unlike the models, the effects have been completely re-worked. “Originally, our focus was: ‘Let’s do the effects 100% true to the original’” he says, “but then we started realizing these original effects don’t actually look very good by today’s standards.” Eventually, the fact that the classic effects hadn’t aged well won out, with Sousa adding that “they’re nice, but, you know, they’re just four colors! We’re not going to make a four-color explosion now, we’re going to use all the colors we can!” 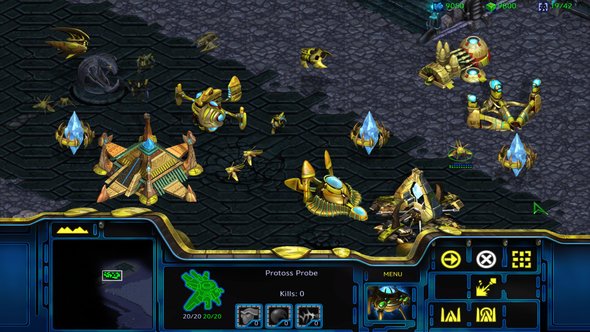 For those fans who are concerned that this overhaul might not be entirely what they’re after, you will be able to toggle between old and new. “You can just turn them off and go back to the originals” assures Sousa. He adds that most of the pros who they showed the remaster to switched to a 4:3 ratio initially, but were soon convinced to adopt full HD. “When they tried it they were like, ‘No, we can’t do this.’ So they switched it back.” he says, before adding that “by the end of the play session, everybody was playing 16:9.”

You can read the full set of interviews, which includes producers, artists, testers and more, over at the game’s official blog. StarCraft: Remastered is due out sometime in 2017.